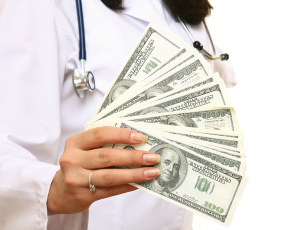 This issue is a trend among a number of healthcare insurers in the U.S., according to Kaiser Health News. And despite receiving support like CARES Act funding, healthcare providers are still pressed financially as they continue to grapple with the pandemic, with the lack of payment from insurers only exacerbating their situation.

Molly Smith, group vice president for the American Hospital Association, says big insurers are using COVID-19 as an opportunity to implement “egregious” policies that hurt patients and prevent hospitals from getting paid. “There’s this sense of, ‘Everyone’s distracted. We can get this through,’” she told Kaiser Health News.

Teaching hospital VCU Health, in Virginia, says Anthem owes it $385 million, with more than 40% of claims over 90 days old. Virginia law requires insurers to pay claims within 40 days. In fact, the company owes “hundreds of millions of dollars” in unpaid, late claims to all Virginia hospitals, according to the Virginia Hospital and Healthcare Association.

Anthem spokesperson Colin Manning told Kaiser Health News that the company “recognizes there have been some challenges” in making payments due to claims-processing changes and “a new set of dynamics” created by the pandemic. He adds that it “apologizes for any delays or inconvenience this may have caused.”

Patients are also feeling the weight out of concern that they will have to pay the unresolved claims if insurers do not. They can also be sued by their provider for the money. Alexis Thurber, of Seattle, received a hospital bill in May for radiotherapy she received for breast cancer. Following months of phone tag and multiple emails, Anthem agreed to pay the bill for her. It came out to $18,192.

Additionally, new documentation requirements, prior authorization hurdles and requirements that only doctors communicate with insurers have contributed to payment delays or denials on Anthem’s part, as has its new claims management system. Issues with the system have persisted over the past few months “without meaningful improvement” and led to claims being lost, according to AHA. At VCU, some medical records had to be printed and mailed.

UnitedHealthcare has also increasingly denied retroactive claims for emergency care, says AHA. Unpaid claims for United rose to 54% in June, about the same level as two years prior. In addition, its prior-authorization database was down for weeks this summer and caused delays. “There was a brief issue with our prior-authorization process in mid-July, which was resolved quickly,” said United spokesperson Maria Gordon Shydlo.

Anthem has also faced issues with enrollment. The California Department of Managed Health Care hit the insurer in 2019 with $9.6 million in fines from January 2014 through early November 2019. The fines were related to violations such as taking too long to respond to enrollee grievances, inappropriately denying claims and not covering the cost of out-of-network care that should have been covered, according to a previous Kaiser Health News report.

Anthem and other insurers accelerated billions in hospital reimbursements last year, according to Kaiser Health News. Anthem has also increased financial reserves to offset the financial impact of the pandemic on payments to providers. Despite this and CARES Act payments, many hospitals are still struggling, especially those in rural areas, from payment delays.

AHA CEO Rick Pollack says that federal relief funds “have been a lifeline, but they don’t make people whole in terms of the losses from increased expenses and lost revenue as a result of the COVID experience.”