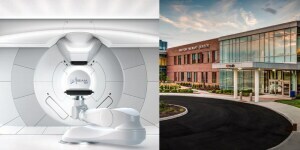 Called FAST-01 (FeAsibility Study of FLASH Radiotherapy for the Treatment of Symptomatic Bone Metastases), the trial enrolled 10 patients with bone metastases in the extremities, starting in November 2020. It used Varian's ProBeam to deliver radiation therapy with protons at ultra-high dose rates. The trial evaluated clinical workflow feasibility and monitored side effects related to the treatment.

The last patient was treated earlier in October and trial participants will be followed for three months, with trial data finalized in February of next year, said Dr. Ricky Sharma, vice president of clinical affairs at Varian.

So far, the trial found no side effects directly related to therapy, and the ProBeam in research mode has worked as expected, Sharma said.

"For the first time, we showed that FLASH could be delivered safely," Sharma said.

The patients were given a radiation dose similar to the one used in conventional radiotherapy, but at a higher speed, typically less than one second and potentially over 100 times faster than standard treatments.

"We found that when you gave the dose much more quickly you seem to spare normal tissue," Sharma said.

"The completion of enrollment brings the clinical community one step closer to making an informed evaluation of FLASH therapy," said Dr. John Breneman, medical director of the Cincinnati’s Children’s/UC Health Proton Therapy Center, and the trial's principal investigator, in a statement. "The team is looking forward to reviewing and sharing the findings, while also looking ahead toward the next clinical phase of research."