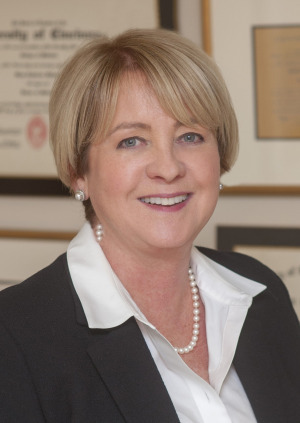 RSNA will hold its 107th scientific assembly and annual meeting in Chicago’s McCormick Place from November 28 through December 2. HealthCare Business News spoke with the association’s president Dr. Mary Mahoney, department chair and chief of imaging at the University of Cincinnati UC Health. Dr. Mahoney spoke with us about her background, her time with the RSNA and what she has put her energy into during her time as president.

HCB News: Who or what inspired you to follow a career in healthcare?
Mary Mahoney: I was inspired by my father, who was a surgical oncologist. I always looked up to him. He was my hero. I remember when he would prepare lectures for his residents or for a meeting where he was presenting, he would project his slides onto our living room wall. I was just a little kid, but I was fascinated — it was gory stuff, but I always thought it was interesting. I would pepper him with questions: “Well, what is that? What is this?”

HCB News: Why did you focus on radiology?
MM: I loved the focus in radiology on solving the problem, on answering the question. I loved the interaction with all the different aspects of medicine. Imaging was central to so many interactions with surgeons and internists and nephrologists and obstetricians. I found it fascinating that you would be able to take all the information and be able to come up with the diagnosis. That focus on problem solving was very appealing to me.

HCB News: When did you begin your career?
MM: I finished my training in 1989.

HCB News: Can you talk about some of your career milestones?
MM: I had a fairly routine academic career. I was an assistant professor. After that I became the section chief of breast imaging. Later, I took on the role of vice chair of research in the department, and eventually I became the department chair.

HCB News: How long have you been a member of the RSNA?
MM: I joined RSNA during my residency. I remember the first time I went to the RSNA Annual Meeting I was a resident, and I gave my very first scientific presentation on the stage at the Arie Crown Theater in McCormick Place. It was a little scary, but exciting and exhilarating.

HCB News: Going from giving a presentation at RSNA to being the president has some steps in between. Why did you choose to take that journey?
MM: I’d have to say two things sent me down this path. One is that I’ve had terrific role models and mentors who provided support and encouragement over the years. The second is that it’s been a labor of love. I’ve been involved in RSNA since my very early years. I’ve found it inspiring and interesting and, as I said, exhilarating. It’s just such an incredible experience to work with my colleagues on new RSNA initiatives and to walk around McCormick Place at the Annual Meeting, where there’s so much to see and learn. Over the years, I continued to find the experiences so rewarding that each time I was asked to take on a new role, I’d gladly say yes. Soon, another interesting opportunity would come along, and I’d take that on. One day, I was asked if I would like to join the board. Now, eight years later, I’m the president.
1(current)
2
3
4 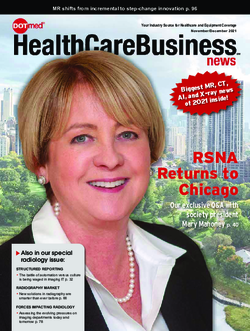