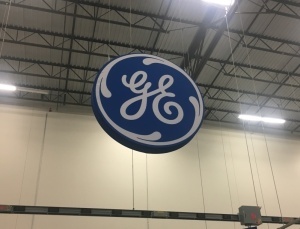 GE is spinning off GE Healthcare as separate company, along with two of its other divisions
General Electric is splitting into three public companies, including GE Healthcare as a pure-play spinoff focused on precision health. The news marks the end of the conglomerate’s 129 years as a whole company.

The company announced its decision Tuesday, saying it looked forward to simplifying its business, reducing debt and improving its share price. GE Healthcare will be spun off in early 2023, followed by GE Renewable Energy and Power in early 2024, leaving GE singularly focused on aviation.

The news sent shares for GE up Tuesday morning by 6%, reaching a nearly 3.5 year high. GE expects to pay a one-time charge of $2 billion for the separation, as well as operational costs and tax costs of less than $500 million, according to Reuters.

Following the healthcare spin-off, which will be tax-free, GE will retain a 19.9% stake. Peter Arduini will assume the role of president and CEO of GE Healthcare on January 1, 2022, with Culp serving as non-executive chairman of GE Healthcare once the spinoff is complete.

The company announced its intention to spin off GE Healthcare back in 2018 so it could focus primarily on its power, aviation and renewable energy businesses. It also attributed the decision back then to a desire to cut down on debt and simplify its structure following a loss of $100 billion over the previous year, a 55% drop in its stock against a 15% overall fall in the Dow and its removal from the Dow Jones Industrial Average.

GE has since made changes to streamline operations, cut overhead costs and create faster collections from customers. This has made it capable, according to the company, of reducing its gross debt by more than $75 billion by the end of 2021 and reduces its net-debt-to-EBITDA ratio to less than 2.5 times in 2023. The company also predicts that operational improvements it has made will help it achieve high-single-digit free cash flow margins in 2023, according to HIT Consultant.

For each of the spinoffs, the decision is expected to help achieve long-term growth and deeper operational focus, as well as create greater accountability, more strategic and financial flexibility and distinct investment profiles for each.

“We have a responsibility to move with speed to shape the future of flight, deliver precision health, and lead the energy transition,” said Culp Jr. “The momentum we have built puts us in a position of strength to take this exciting next step in GE’s transformation, and realize the full potential of each of our businesses.”