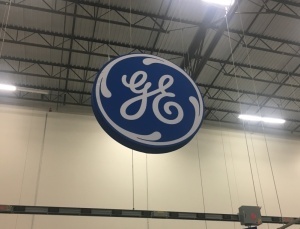 General Electric is spinning off its healthcare division as a separate enterprise in an effort to focus its attention on its power, aviation and renewable energy businesses.

The multinational conglomerate announced the news Tuesday as the final piece in a string of spinoffs it has undertaken to cut debt, simplify its structure, and raise cash, including the spinoff of its train manufacturing business last month and the $3.3 billion sale of its distributed power division. It also will sell off shares of its ownership in oil services company Baker Hughes over the next two to three years.

“Today marks an important milestone in GE’s history,” CEO John Flannery said in a statement. “We are aggressively driving forward as an aviation, power and renewable energy company – three highly complementary businesses poised for future growth. We will continue to improve our operations and balance sheet as we make GE simpler and stronger.”

The news follows a difficult year for the company, which has experienced a loss of $100 billion in wealth with its stock dropping by 55 percent against a 15 percent overall fall of the Dow. It also comes the same day as its removal from the Dow Jones Industrial Average, a place in which it has held steady continuously since November 7, 1907. Company shares closed Monday at $12.75 and rose by 6.5 percent in pre-market trading.

The company will instead focus on its core businesses of power, aviation and renewable energy, which accounted for more than half of the company’s $122 billion in revenue last year, mainly through the sale of turbines to power plants and engines to jet makers. The healthcare unit accounted for about 16 percent of companywide sales last year, adding up to $19.1 billion.

"GE expects to generate cash from the disposition of approximately 20% of its interest in the Healthcare business and to distribute the remaining 80% to GE shareholders through a tax-free distribution," Kieran Murphy, president and CEO of GE Healthcare, said in a statement. "The structure, sequence and timing of these transactions will be determined and announced at a later date, but are expected to be completed over the next 12 to 18 months. GE Healthcare will conduct business as usual throughout this process, continuing to serve its partners and customers"

Murphy will retain his position. There are no plans to spin off the aviation or power divisions, with GE executives planning to increase funding for the company’s finances over the next year.
1(current)
2
3