GE to be removed from Dow Jones Industrial Average 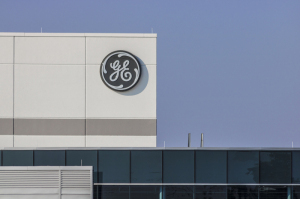 After 110 years, Dow Jones Industrial Average's original member, General Electric, is out of the blue-chip index.

Walgreens will replace it.

The news comes as yet another blow to the embattled behemoth. In the last year, according to the New York Times and other news organizations, the stock fell 55 percent against just a 15 percent overall fall of the Dow.

The Dow, a price-weighted index, gives more impact to higher-priced stocks than its cheaper ones.

“The low price of G.E. shares means the company has a weight in the index of less than one-half of one percentage point,” David Blitzer, chairman of the index committee at S. & P. Dow Jones Indices told the Times. “Walgreens' Boots Alliance’s share price is higher, and it will contribute more meaningfully to the index.”

The stock changes also, symbolically at least, move the index away from its more industrial roots and toward a better reflection of today's more service-oriented economy.

Blitzer told the Times that the change will make the index “more representative of the consumer and healthcare sectors of the U.S. economy.”

GE has been going through both financial and repositioning challenges, which, in some ways, have come to a head since June, 2017, when John Flannery, former president and CEO of GE Healthcare, was tapped to replace Jeff Immelt as CEO of the entire multinational conglomerate corporation.

Flannery's deep international and financial experience made him the top pick. “John has spent almost half of his career living outside of the United States and has led complex financial and industrial businesses all over the world, including running GE Healthcare, GE in India and the business development team for GE, through the successful acquisition of Alstom,” said Jack Brennan, lead independent director for GE’s board of directors, in a statement at that time.

The problems hit the news in January, when Flannery warned, in a conference call, that GE could be headed for more radical transformations – thanks, in some part, to a massive a $6.2 billion charge, due to a poorly-performing legacy portfolio of long-term care insurance. It also told investors that it was setting aside $15 billion to cover GE Capital obligations for the next seven years.

“Needless to say, at a time when we are moving forward as a company, I am deeply disappointed at the magnitude of the charge,” Flannery said at the time. “It’s especially frustrating to have this type of development when we’ve been making progress on many of our key objectives.”

Back in November, 2017, the CEO advised that the company would focus on jet engines, power generation equipment and healthcare – and rid itself of about $20 billion in other assets.

“We are looking aggressively at the best structure or structures for our portfolio to maximize the potential of our businesses,” he said.