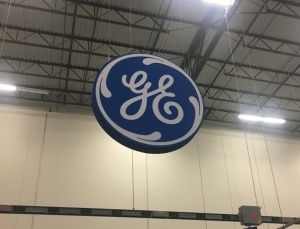 General Electric Co. could be headed for more radical transformations, its new boss acknowledged on a conference call Tuesday.

Adding to the possibility is a massive a $6.2 billion charge due to a poorly performing legacy portfolio of long-term care insurance, Chief Executive Officer John Flannery revealed during an analyst call.

“Needless to say, at a time when we are moving forward as a company, I am deeply disappointed at the magnitude of the charge,” Flannery said. “It’s especially frustrating to have this type of development when we’ve been making progress on many of our key objectives.”

Since Flannery took the helm from Jeffrey Immelt in August, Bloomberg reported, he's been slashing costs and unloading assets.

There would be “no sacred cows,” he said, according to the New York Times, and “all options are on the table.”

It is possible that this could result in a breakup that could see its health care unit become a separate entity.

“I would categorize it as an examination of options and it’s (the) kind of thing that could result in many, many different permutations, including separately traded assets, really, in any one of our units, if that’s what made sense,” he said in answer to a question. He did not, however, go into further detail, according to Reuters.

Last year GE earned the dubious distinction of having the largest drop of any companies on the Dow Jones Industrial Average, according to Bloomberg.

Back in November, 2017, the CEO advised that the company would focus on jet engines, power generation equipment and health care – and rid itself of about $20 billion in other assets.

“We are looking aggressively at the best structure or structures for our portfolio to maximize the potential of our businesses,” he said.

GE is taking a $9.5 billion pretax charge connected to GE Capital’s North American Life & Health portfolio, the company said in a statement. The after-tax impact of $6.2 billion will be $7.5 billion when adjusted to the rate following the recent U.S. tax overhaul, according to Bloomberg.
1(current)
2