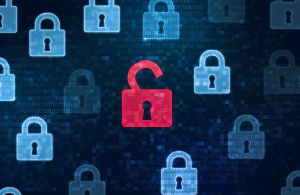 Capital Region Medical Center was hit by a brutal cyberattack Friday, December 17, it reported on its Facebook page. The breach was uncovered early Friday, at which point the center took down its network, began to investigate the disruption and took emergency measures.

"While our information security team is working diligently to bring our systems back online as quickly, and securely, as possible, nothing is more important to us than the health and safety of our patients and continuing to provide the care our patients expect," stated Lindsay Huhman, CRMC director of marketing and communications, according to a December 23 News Tribune report.

"There are downtime procedures in place for physicians, nurses and staff to provide care in these types of situations, and our staff is committed to doing everything they can to mitigate disruption and provide uninterrupted care to our patients,” Huhman noted, according to the paper.

Its systems and website appeared to still be offline as of early December 27, said a person answering the center's telephone when HCB News reached out for an update.

It is particularly harmful that hospitals, like CRMC, are under attack in the midst of the latest Covid surge. In fact, according to Fox2Now, Missouri has had a “massive jump in newly recorded COVID-19 cases” as the omicron variant has spread through the state.

In November, a new report showed just how prevalent cyberattacks against healthcare providers have become. The report, by data security firm Medigate and cloud-based protection provider CrowdStrike, found that in the prior 18 months 82% of healthcare providers suffered an IoT cyberattack — and 34% of them were hit with ransomware.

There is no easy way around such demands, according to the findings in the study, titled "Healthcare IoT Security Operations Maturity – A Rationalized Approach to a New Normal.” Fully 33% paid the ransom, but only 69% of those reported that doing so led to the full restoration of their data.

"Healthcare now understands the reality of the threat and is doing something about it. And that's a good thing. But when faced with all the advanced options promoting layered defense capabilities, we thought it was time to detail a more simplified approach. HDOs require a unified security approach to defend against evolving threat landscapes,” said Jonathan Langer, co-founder and CEO of Medigate, in a statement.
1(current)
2