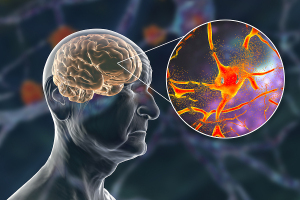 A new PET scan confirms the role of synapse destruction in Alzheimer's disease
With PET imaging, Yale researchers have confirmed that the destruction of brain synapses are what leads to cognitive decline in Alzheimer’s patients.

The scientists used a new glycoprotein 2A (SV2A) PET imaging scan to measure metabolic activity of the brain synapses in 45 people with mild to moderate AD. Their findings confirm what scientists have assumed for many years — that the loss of connections between brain cells causes the symptoms of AD, including memory loss.

“The findings help us understand the neurobiology of the disease and can be an important new biomarker to test the efficacy of new Alzheimer’s drugs,” said Adam Mecca, assistant professor of psychiatry and lead author of the paper, in a statement.

Prior to using PET imaging, research depended on a small number of brain biopsies and post-mortem brain exams as evidence of the role that synaptic loss plays in the disease. PET enables users to observe this loss in patients while they are still alive, even when they only have mild symptoms of AD.

Following PET scans and measurements, the researchers tested the verbal memory, language skills, executive function, processing speed and visual-spatial ability of participants in their study. Poor performance on these cognitive tests strongly correlated with the loss of synapses and more so than the loss of overall volume of neurons in the brain.

AD affects almost 47 million people worldwide, according to Alzheimer’s Disease International and is expected to grow in number as life expectancy increases. With PET, Yale researchers can track the loss of synapses in patients over time to better understand progressing declines in cognitive function.

The FDA has approved the use of imaging agents for assessing amyloid for many years, but it wasn’t until 2020 that it approved the first agent, Tauvid (flortaucipir F18), for imaging tau. Both proteins are hallmarks of Alzheimer’s disease.

Additionally, researchers at Karolinska University are studying the potential use of another tracer, BU99008, for reactive astrogliosis, which provides early and rapid response to the progression of the disease. Astrocytes are the most important homeostatic cells in the central nervous system (CNS), with a broad spectrum of functions for optimal cerebral function and cellular energy supply.

Reactive astrogliosis plays a role in the damage inflicted by AD, and several studies suggest that it may precede known early pathological signs, including amyloid plaque and tau tangles.

The findings were published in Alzheimer’s & Dementia: The Journal of the Alzheimer’s Association.