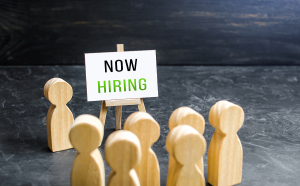 More than half (51%) have experienced one or more of the effects of this shortage, from trouble scheduling appointments to the closing of their healthcare facility. Additionally, 78% are worried about the shortages of available hospital beds, according to a CVS Health-Harris Poll National Health project.

As a result, many have been forced to rearrange their care, especially due to the pandemic. This has led to a bigger disorganization in supply and demand and impeded access to care, according to Axios.

One in five Americans skipped an annual checkup during the pandemic, which makes timely access to care even more crucial. The country has already seen more advanced cases of diseases as a result of deferred care, with these illnesses expected to increase the cost of healthcare for a long time.

It's "not only a problem that's been sort of hidden, but it's also causing significant sources of pain and frustration with people who really need these services," John Gerzema, CEO of The Harris Poll, told Axios. "This isn't your typical consumer good. This is people's health.”

Staffing shortages were named as the number one item on ECRI's Top 10 Patient Safety Concerns 2022 list, which it released on March 14. The main cause was the pandemic. ECRI experts say that patients could face even higher risks without proactive solutions for the situation. “Shortages in the healthcare workforce and mental health challenges were broadly known and well-documented for years. Both physicians and nurses were at risk of burnout, emotional exhaustion, and depression prior to 2020, but the pandemic made both issues significantly worse," said Dr. Marcus Schabacker, president and CEO of ECRI, in a statement.

The CVS Health-Harris Poll National Health project surveyed than 2,000 adults. Forty five percent said they had trouble scheduling appointments, and 36% said their doctor’s office was operating on reduced hours. A quarter experienced delays in treatments and surgeries, while physicians for 21% stopped practicing. Additionally, 13% saw their healthcare facilities shut down completely and another 13% said community health initiatives either stopped or decreased.

Patients were less likely to be sympathetic to reasons for delays, with only 59% of consumers telling a Harris poll in January that they understood the pandemic’s role in supply chain problems, while 41% of Americans (and 52% of millennials) did not. "Patients are losing patience," said Gerzema.

Following lockdowns and restrictions, 40% of respondents say they are reconnecting with their health system and reassessing their care. Over 45% are trying to stay more physically active and 43% are prioritizing a healthy lifestyle more than before the pandemic. Thirty-five percent said they were buying more products to protect their health.

The pandemic has also motivated specific patient populations to seek more care, with a third of Black respondents and 24% of Hispanic respondents saying they are visiting the doctor more now. But more than half in both racial groups are worried about being able to have access to quality healthcare, compared to 43% of the general population.