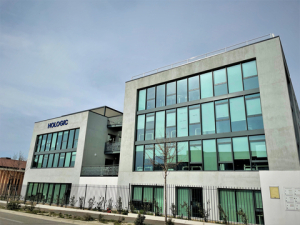 Located in Aix-en-Provence, the center is the company’s new French headquarters and will support its commercial enterprises, training, research and development in the EMEA region. It will act as a hub that will bring new innovations to the market and expand access for European providers to new technologies for women’s health.

"The ultrasound technology developed here is used for screening and diagnosis in breast cancer but also for biopsies and post-treatment follow up. It will enable Hologic to further enrich its range of solutions used in the identification and treatment of breast cancer, which remains the most widespread cancer in women worldwide," Antoine Bara, general manager France for Hologic, told HCB News.

The opening of the center comes three years after Hologic’s acquisition of SuperSonic Imagine, an ultrasound manufacturer in the same area, for $85 million. The deal was Hologic’s entry point into the $450 million cart-based global breast ultrasound market. SuperSonic's technology is also used for assessing patients with liver and prostate diseases.

Interest in the cart-based market came from high-single-digit growth created by greater use of the technology as an adjunct to mammography in women with dense breast tissue. It was seen as complementary to Hologic’s technology, including Viera, the wireless, handheld ultrasound scanner developed and distributed through an agreement with Clarius Mobile Health.

Following this deal, the company released the first of its premium, cart-based ultrasound systems, the SuperSonic MACH 40 ultrasound system (after previous models made under SuperSonic). The solution captures scans at a frame rate of up to 20,000 images per second and enables standard imaging modes that do not come with the trade-offs present in conventional systems.

It also recently launched its NovaSure V5 global endometrial ablation (GEA) device, which is designed to make physicians feel more comfortable and in control when performing surgical procedures on women with abnormal uterine bleeding. It comes with the ability to adapt to different cervical canal sizes.

In addition to the center, the company previously launched the Hologic Global Women’s Health Index in France. The Index measures five dimensions of health to provide insights about factors that determine 80% of a woman’s life expectancy, including preventive care, basic needs, opinions of health and safety, individual health, and emotional health.

The data is meant to promote actions that will improve the quality of life and life expectancies of women worldwide and is based on feedback from 2.5 billion women, ages 15 and up.

"International growth, including growth in EMEA, is a core driver of Hologic's business strategy," said Bara. "This is reflected in the companies we have acquired such as SuperSonic Imagine, which complement and strengthen our current portfolio, enabling us to deliver groundbreaking technologies to our customers. This new center will help us to achieve this ambition."