Patients with infected cardiac implants should have them removed 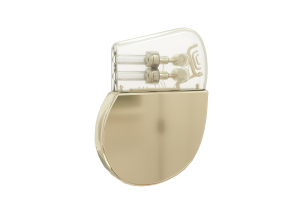 Patients with infected cardiac implants often use antibiotics only instead of surgical removal to stop the infection, despite recommended guidelines.
Despite being recommended by all medical societies, most patients with infected implants normally only receive antibiotics, compared to 18% who have the hardware removed and replaced. Researchers at Duke Clinical Research Institute say that the latter is a better choice, as such patients have a 43% less chance of dying from the complication.

They presented their findings on this on April 3 at the 2022 American College of Cardiology Scientific Sessions, with the researchers emphasizing that the dilemma shows a persistent gap in care and guidance adherence.

“There are a large number of reasons that infected CIEDs may not be removed including but not limited to: lack of access to extraction services; not making the diagnosis (e.g. physicians diagnose infection but don’t think the device is involved); lack of familiarity with the guideline recommendations; and a desire to try a regimen of antibiotics only. There are certainly other reasons as well,” Dr. Jonathan Piccini, lead author on the study and member of the Duke Clinical Vaccine Institute, told HCB News.

Out of 1.1 million patients with cardiac implantable electronic devices (CEIDs), Piccini and his colleagues found that 11,619 (1%) or more developed infections a year after receiving one. Only 13% had the device removed within six days of the infection and another 5%, seven to 30 days after. Close to 82% relied solely on antibiotics, even though numerous studies show this method fails to wipe out infections in CIEDs. These studies led to a consensus in 2017 for medical associations to recommend removing a CIED with an identified infection.

Of those who did not have their devices removed, 32.4% died in the year after the infection was diagnosed, compared to 18.5% in the group who had the hardware extracted within six days and 23.2% in the group who had it removed between seven and 30 days.Piccini says that providers and associations must create more systems for identifying these patients and ensuring they get quicker access to care to prevent higher rates of mortality.

For its part, the Duke Clinical Research Institute is launching a program for improving detection of such infections and ensuring that patients abide by recommended guidelines in a more timely manner. It will initially focus on gaps for CIED infections at three healthcare systems in the U.S.

Piccini adds that there are other programs that can and are helping with this issue. “The AHA has started an infection awareness and education campaign that kicked off last week. There are many institutions that have initiated electronic medical record alerts that can help identify when patients with a device have a bloodstream infection and then send an alert to their heart rhythm physician. The VA has implemented such a program in the past."

The study was funded by Philips, which had no role in its design, implementation or publication.