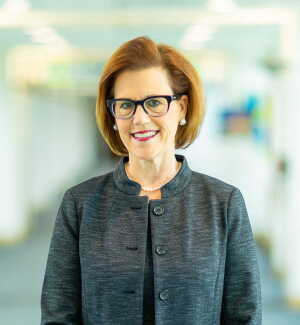 Diane Hupp was recently appointed president of UPMC Children's of Pittsburgh, a 313-bed hospital that sees pediatric patients from around the country, admitting roughly 11,000 and performing more than 20,000 surgeries annually. The facility is anticipating its third Magnet designation by the American Nurses Credentialing Center, which recognizes excellence in nursing — which is appropriate, as Hupp began her career at the hospital as a nurse.

HealthCare Business News spoke with Hupp about her long history with the hospital, the response to pandemic-related staffing shortages and the changes to the overall healthcare landscape.

HCB News: Can you tell us a bit about what attracted you to UPMC Children's of Pittsburgh initially and why you've been so at home there?

Diane Hupp: I have been here for my entire career [spanning] 36 years. I went to school locally at Duquesne University, starting out in business school. [After] having been in business school for two years, I do believe I had a call from above to become a nurse. There was something special and unique about being able to give back and give back big, so I transitioned during my mid-college years to nursing. But at the time when I said, “I think I want to be a nurse,” I wasn't certain so I actually decided to volunteer at Children's Hospital, and that was in 1985. I would take the bus up from Duquesne University, up the street to Children's Hospital.

I've really never looked back, since. The following year, in 1986, as I was finishing college, I was able to be hired as a child care assistant. A year later, I had my first job as a registered nurse. I spent several years at the bedside, but then moved into different leadership positions, and really have worked throughout the organization in inpatient and ancillary areas, surgical services, so pretty much throughout the hospital.

Children's is a gift to the community and Children's Hospital has a legacy of delivering world-class care; and I knew that 35 years ago.

HCB News: How have your most recent positions at the hospital prepared you for your new role?
DH: In 2005, I was asked to serve as the chief nurse. I had a passion for nursing from my career, but I had been doing that for about 17 years. Most recently, just this year, I thought when the president position became open, that I could continue to have an influence and an impact. There's such an extraordinary team here at Children's that I feel honored and privileged to serve in this president role, and I do believe my administrative roles and operational roles, and nurse clinical skills, have helped to get me to where I am today.
1(current)
2
3
4 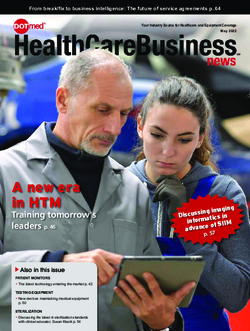 Read more stories from the May 2022 issue