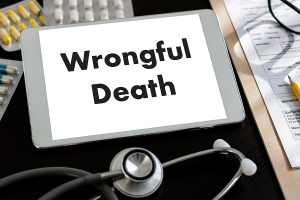 The former nurse was convicted in March of criminally negligent homicide and abuse of an impaired adult for injecting Murphey with the wrong medication, which led to her death in December 2017 at Vanderbilt University Medical Center. The case has raised concerns about the prevalence of medication errors as well as debates on holding nurses and other medical practitioners responsible for deaths related to these incidents.

Davidson County Criminal Court Judge Jennifer Smith gave Vaught a diverted sentence, meaning that if she meets the terms of her probation, her record can eventually be cleared, according to The Tennessean. "This was a terrible, terrible mistake. And there have been consequences to the defendant,” said Smith.

Murphey was rushed Christmas Eve to Vanderbilt with a subdural hematoma. Doctors ordered a PET scan to find the source of the brain bleed. Vaught was asked to retrieve Versed or midazolam to sedate her. Unable to find either, she disengaged a computer safeguard to find an alternative and took vecuronium, a paralyzing agent, by mistake. Murphey suffered cardiac arrest and partial brain death and died December 27.

Critics have chastised Vaught for injecting the wrong drug as well as leaving Murphey in the care of scan technicians and not personally monitoring her vitals during the scan. Both Vaught and District Attorney Glenn Funk have said that she poses no threat now since she is no longer a nurse.

The Tennessee Board of Nursing initially chose not to permanently strip Vaught of her license, but reconsidered after a surprise inspection and state and federal investigations led to threats of sanctions against VUMC and a criminal indictment against Vaught. It revoked her license last year.

Appearing before Murphey’s family on May 13, Vaught accepted responsibility for her actions. “Saying I'm sorry doesn’t seem like enough but you deserve to hear that and know that I am very sorry for what happened," she said, as the family sat quietly and nodded.”

Healthcare professionals worried that a jail sentence for Vaught would make other nurses afraid to report errors. In the weeks leading up to the hearing, nurses and other medical personnel sent hundreds of statements via social media, email and voicemail asking for Judge Smith to not send her to prison. More than 450 protesters gathered outside the courthouse Friday morning in support of Vaught. "I just wanted to be here and say, ‘For the record, this is not OK,'” Indiana nurse Amber Rhine told The Tennessean.

Vaught says that her “sentencing is bound to have an effect on how they proceed both in reporting medical errors, medication errors, raising concerns if they see something they feel needs to be brought to someone's attention. I worry this is going to have a deep impact on patient safety."

The Murphey family was satisfied with Smith’s decision and said that Charlene would not have wanted Vaught to be put in jail, and that neither did they. "We just wanted to make sure she didn’t do this to anyone else,” Murphey's daughter-in-law Chandra Murphey said outside of court.