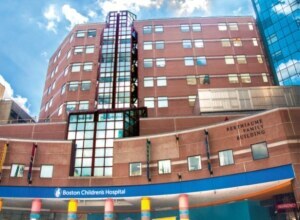 Wray disclosed the news on June 1 at a Boston College cybersecurity conference. While giving a speech on the dangers posed by rising cyberattacks from Russia, China and Iran, he said that the cyber assailants launched a “despicable” attack in June 2021 against the pediatric healthcare facility.

But the FBI got wind of their plan and helped the hospital “stop the danger right away,” according to Reuters. "Quick actions by everyone involved, especially at the hospital, protected both the network and the sick kids that depend on it,” said Wray.

While he did not name the reason for the hacking, he said that Iran and other countries are hiring cyber mercenaries to carry out attacks on their behalf, with healthcare providers being a prime target.

Calling the incident “one of the most despicable cyberattacks I’ve seen,” he emphasized the need for greater collaboration between the U.S. government and the private sector to thwart these attacks. “What these partnerships let us do is hit our adversaries at every point — from the victims’ networks, back all the way to the hackers’ own computers.”

The update Wednesday is the most extensive disclosure that U.S. authorities have made about the attack. Back in March, the FBI said that an unnamed children’s hospital was hacked by Iranian-sponsored hackers. Learning of the attack from one of its intelligence partners, the FBI informed the hospital in August.

Boston Children’s Hospital confirmed that the FBI “proactively thwarted the threat to our network,” and has worked closely with the agency since 2014, when it was the victim of an attack launched by hactivist Martin Gottesfeld.

Gottesfeld targeted the hospital in protest of the care it provided to a teenager, and disrupted operations and cost the facility tens of thousands of dollars, according to ABC News. He was arrested and sentenced to 10 years in prison.