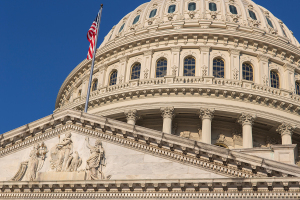 An op-ed by Robert J. Kerwin

We have been hearing, for some time, rumors that powerful medical device manufacturers’ trade organizations were going to push Congress to tack onto the FDA User Fee Legislation new definitions of remanufacturing, which would redefine "remanufacturing" in a way likely to impact medical device servicing in a substantial way. All early signs pointed to this as more than a possibility. Indeed, H.R. 7253, titled “Clarifying Remanufacturing To Protect Patient Safety Act of 2022” was filed in March by Representative Scott Peters and two co-sponsors seeking to redefine remanufacturing as “any act that could significantly change the performance or safety specifications, or intended use.”

IAMERS together with U.S. Public Interest Research Group (“PIRG”), the Alliance and leaders from health networks across the country opposed key provisions in the bill. That the FDA had listed finalization and release of its Remanufacturing Guidance as among its “A-list” of priorities for 2022, seemed to be of no concern to some in the press to approve this legislation. From disclosures filed with the U.S. Congress Clerk’s Office, it appears that considerable resources were devoted to pushing forward the remanufacturing legislative agenda. However, the remanufacturing legislation was not included in the House User Fee legislation, which was approved several weeks ago.

The FDA User Fee legislation reportedly funds significant portions of FDA operations. Though the Senate bill (if approved, as expected) and the House User Fee Bill contain differences to be resolved in riders and amendments, these will likely be sorted via a Senate/House conference. Both the Senate and the House leaders have publicly expressed commitments to proceed with a final bill well before the expiration of the current bill in September.
1(current)
2