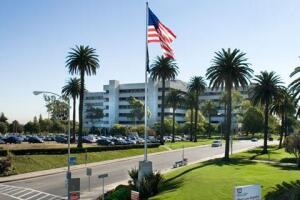 In one of the procedures, a patient suffered a nearly fatal tear in their windpipe, something that Cameron said would have been avoidable had anesthesiologists with more thoracic experience been present. Cameron had previously voiced concerns about anesthesia staffing practices for complex thoracic surgeries.

Following this, the GLA informed Cameron that it was separating him. The supervisor who proposed his separation gave him an alternative to retire. He did so one day before his separation date.

Cameron filed a prohibited personnel practice complaint with the U.S. Office of Special Counsel, accusing the GLA of coercing his retirement as retaliation for speaking out as a whistleblower.

OSC obtained a formal stay of Cameron’s retirement and investigated the allegations. It worked with the VA to come to a mutual resolution, which included permanently reinstating Cameron to his position, paying over $100,000 in back pay and an additional $20,000 in damages.

“OSC's investigation found that Dr. Cameron faced resentment by some of his colleagues for his whistleblowing, and was coerced to retire before his termination date. I am very pleased OSC was able to negotiate a settlement with the VA to have Dr. Cameron reinstated to his previous position, with significant financial compensation,” said Special Counsel Henry Kerner in a statement.

Back in February, anesthesiologist Dr. Lisa Wollman, helped the government settle a suit she brought against Massachusetts General Hospital, whom she accused of allowing overlapping surgeries in which orthopedic surgeons inappropriately performed multiple procedures at the same time. She also said the government was billed for excessive anesthesia services, and that patients did not provide adequate informed consent for the overlapping procedures.

Mass General paid $14.6 million. As a whistleblower, Wollman was entitled to a portion of the recovered funds.