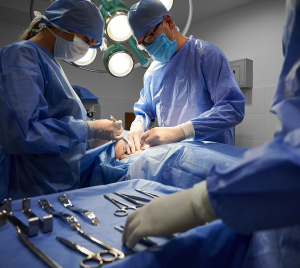 Anesthesiologist Dr. Lisa Wollman brought the healthcare system to court under the federal and Massachusetts False Claims Acts. Both allow individuals, under certain circumstances, to file suits on behalf of the government.

In her suit, Wollman claims that MGH, the clinical teaching arm for Harvard Medical School, allowed orthopedic surgeons to inappropriately perform multiple procedures at the same time. She alleges that teaching surgeons were not present for or performing critical portions of certain surgeries and that they did not wait until these key parts of one procedure were completed before beginning a second operation. They also did not designate another qualified surgeon to be immediately available to assist in non-key portions of the surgeries when the teaching surgeons were not present.

She alleges that the government was billed for excessive anesthesia services and that patients did not provide adequate informed consent for the overlapping procedures. Under the Whistleblower provisions of both acts, Wollman is entitled to a portion of the recovered funds.

"MGH has new leadership, and I am pleased this case put us in the position where we could have a dialogue that will improve patient care and, as importantly, transparency," said Wollman in a statement.

Many hospitals encourage surgeons to utilize concurrent surgery as it saves on waiting times and operating room costs and allows more patients to be treated by a hospital’s most in-demand specialists. While a study in 2019 said that concurrent surgery is generally a safe practice, some patient groups may face small increased risks, including stroke and heart attack. Risk of death was also slightly higher in overlapping surgeries involving coronary artery bypass grafting and high-risk individuals, according to Stat News.

A patient by the name of Tony Meng was left paralyzed after undergoing surgery at MGH for a degenerative condition that was compressing his spinal cord. While the exact cause is unknown, the surgeon at the time, Dr. Kirkham Wood had performed Meng’s procedure at the same time as another patient and dipped out at certain parts to attend to her in a different operating room. Meng filed a malpractice suit against the hospital, which defended its actions and those of Wood and denied that the practice of concurrent surgeries had resulted in Meng’s paralysis, reported The Boston Globe.
1(current)
2