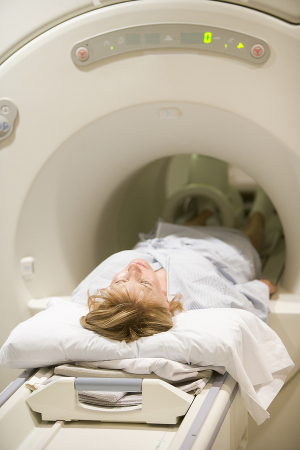 EHR guidelines may reduce a provider's reliance on contrast-enhanced CT as the shortage of contrast media continues worldwide.
Implementing entry-based guidelines for EHR orders may enable large healthcare systems to significantly cut back the number of contrast-enhanced CT exams they perform while the global shortage of iodinated contrast media continues.

Among 78,792 patients who underwent at least one CT exam in outpatient, inpatient and emergency department settings, the authors found that interventions in EHR orders led to a decrease in procedures using contrast media.

Brought on by the shutdown in March of GE Healthcare's Shanghai plant, the shortage has caused providers worldwide to ration nonurgent procedures and curb their use of contrast agents for those that require it the most. And while the plant has reopened, the impact still lingers.

In the study, the providers implemented an initial EHR intervention on May 10 that created a sidebar alert after any contrast-enhanced body CT order to remind the physician of the iohexol shortage and recommend alternative imaging modalities. A second intervention on May 16 required referrers to enter detailed clinical information for any contrast-enhanced body CT order. Radiologists used this information to protocol exams.

Some short-term strategies for dealing with the shortage also include using alternative agents such as gadolinium for renal insufficiency; and carbon dioxide for renal dysfunction. Other modalities like intravascular ultrasound can be used for vascular procedures without contrast media and decrease radiation exposure and operation times, according to a group of radiologists who published a list of guidelines for dealing with the shortage, back in June.

The findings were published in the Journal of Roentgenology (AJR).