However, if the room’s attenuation test results are very poor, he argued that it’s more cost-effective to replace the whole shield rather than taking everything apart.

According to Turner, one way to avoid water damage is to make sure that no water lines run over the RF shield in the planning and construction phase. He made the point that the risk and cost of a dripping pipe over a one-million-dollar MR isn’t worth it and that the piping can be rerouted elsewhere.

Don’t forget about the RF door
When it comes to the RF door, if the room is older than eight years, Turner recommends repairing or replacing it. He believes it’s the most important part of any shield because it must consistently make the RF seal every time it’s opened and closed.

Since technicians are traveling through these doors hundreds of times per week, Turner thinks it’s asking a lot for a door to last more than six years without any trouble. Sometimes the leakage may be caused by loosened RF panels.

“Think about the fact that technicians are bringing patients on gurneys and carts,” he said. “Bumping into the door or door frame once may not a problem but over and over will certainly cause the door to not seal properly.”

Krachon recommends getting the door serviced three to six times per year to ensure it functions as intended and remains easy for the technician to open and close. The degree of maintenance required depends on the type of door you have.

For copper finger designs, the fingers should be inspected and replaced on a regular basis. Also, the door frame should be wiped down periodically to prevent oxidation or tarnishing, which can cause friction and make it hard to open and close the door.

The newer door designs have pneumatic controls that require a compressor and lines that should be checked for air leaks that cause excessive cycling, as well as water build-up. Since double-leaf, sliding or automatic pneumatic doors are more complicated, they require even more maintenance.

If the systems detect any issues, an LED light illuminates above the door frame to alert staff that service is needed before the system fails. Krachon described it as a “virtual RF door service technician” that can help you avoid downtime.
1
2
3
4(current)
5 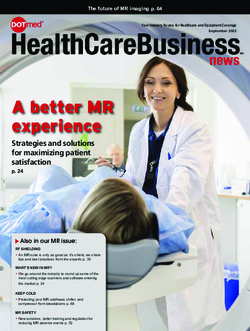