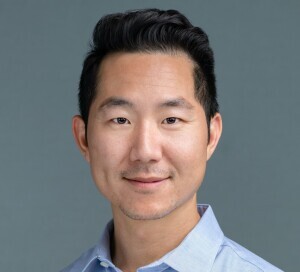 When many people think of October, they think of breast cancer awareness – but that’s not the only pressing type of cancer we need to discuss at this time of year.

Annually, approximately 25,000 men and 11,000 women are diagnosed with liver cancer. We might not see football players dressed with ribbons to spread awareness, but it’s a dangerous form of cancer – and one that is rising in frequency.

Research shows that 90% of people with cancer survive if their disease is diagnosed at an early stage – and that is especially true with liver cancer. That’s why it is important to talk about liver cancer awareness. It’s crucial that people understand the signs, risk factors, and symptoms so that they can seek treatment as quickly as possible (and increase their chance of remission).

Other types of liver cancer include intrahepatic cholangiocarcinoma and hepatoblastoma, but they are less common.

The people most at risk for liver cancer include those with long-term liver diseases. If your liver is scarred by infection from hepatitis B or hepatitis C, the risk goes up. Hepatocellular carcinoma is also common in people who drink large amounts of alcohol and have an accumulation of fat in their liver.

In 2022, it is estimated that…
- Almost 42,000 adults in the U.S. will be diagnosed with primary liver cancer
- An estimated 30,520 people will die from liver cancer
- The five-year survival rate is 20.8% (depending on detection and treatment)

Liver cancer incidence rates have more than tripled since 1980, and the death rate has doubled worldwide. It is not yet as prevalent as lung cancer or breast cancer, but liver cancer is now the fast-increasing cause of cancer-related deaths in the U.S.

Unfortunately, patients might not have any symptoms when HCC is in its early stages. If they do, patients may have one or more of the following symptoms:

These are just some of the things to be on the lookout for, early on. If you notice any of these symptoms, see a doctor immediately.


Risk factors for liver cancer
There are several risk factors associated with liver cancer. To decrease the prevalence and growth of the disease, patients need to understand what puts them in danger – and how to make changes.