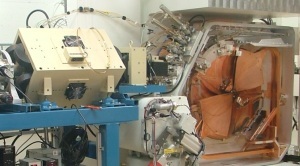 It also has joined the University Isotope Network, a program of the U.S. Department of Energy, which is partnering with specialized facilities, like universities, that have expertise in the field to increase the availability of isotopes nationwide.

The four new lines will produce Manganese-52g, Bromine-76, Bromine-77, and Yttrium-86. The isotopes are now available through the product catalog of the National Isotope Development Center, which serves as an interface for the isotope user community.

"The recent explosion of interest in clinical nuclear medicine, driven by FDA approvals of new radionuclide-based pharmaceuticals, has many people in academia and industry searching for access to raw materials they need to capitalize on advances in our field by testing new ideas," Jonathan Engle, associate professor for the departments of medical physics and radiology at the University of Wisconsin, told HCB News.

It is the fourth university to join the University Isotope Network. The most recent was the University of Alabama at Birmingham Cyclotron Facility, which produces cobalt-55, manganese-52 and vanadium-48 for its catalog.

Engle says interest in the four radionuclides has grown, and that they are well matched to the capabilities of our accelerators. Yttrium-86 has especially become popular, due to its promising results from combining targeted radionuclide therapies with immunotherapies to treat cancer.

A positron theranostic homolog of Yttrium-90, Yttrium-86 is a used in a wide variety of PET imaging applications and has a 14.7-hour half-life that makes it useful for many physiological processes.

Manganese-52g is a PET agent used to assess biodistribution of intact antibodies or nanoparticles. It holds potential as a PET analog for the development of dual-labeled PET/MR agents.

Bromine-76 is a PET tracer, used with the therapeutic agent, Bromine-77, as a theranostic pair. The UW Cyclotron Research Group produces both via a dry distillation purification process.

The production lines will pave the way for new research projects and programs, according to Engle.

Joining the University Isotope Network, he says, will provide him and his colleagues access to radionuclides they do not produce, and will create opportunities for students and postdocs to collaborate with professionals and colleagues in basic science and applied medical research, including national laboratories.

"A very small number of facilities worldwide can even make the radionuclides in question, so a well-connected, widely distributed supply network is necessary both to ensuring that U.S. national needs for the materials are met, but also to avoid 'stovepiping' the research topics pursued based on the logistics of access," he said.

The new production lines were funded by the DOE Isotope Program, which supports research and development of more efficient isotope production and processing techniques.