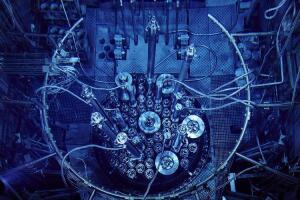 Staff discovered the issue during an inspection of the reactor, and informed the Nuclear Medicine Europe (NMEU) Emergency Response Team (ERT) on October 28.

Because it produces molybdenum-99 and lutetium-177, the restart date for the reactor was pushed back to November 18 at the earliest, with projections of shortages for these radioisotope supplies “expected through and beyond the third week of November,” according to the NMEU.

But in a November 4 meeting, the reactor’s workers informed the NMEU ERT that all inspections had been completed, and discussed the results in a November 7 meeting.

“NTP confirmed that Mo-99 irradiation and processing operations are proceeding normally,” said the NMEU ERT in a statement.

To offset the impact from the BR2 delayed restart, NTP Radioisotopes, a subsidiary of the South African Nuclear Energy Corporation, extended the cycle of its SAFARI reactor, which supplies one-third of the global supply of Mo-99, by one week. It will continue operating until November 19.

Additionally, the OPAL reactor, in Australia, restarted on November 5, and the LVR-15 reactor, in the Czech Republic, will begin running again earlier than expected, on November 18 instead of November 29.

The NMEU says it still expects Mo-99 supply disruptions “through at least the third week of November,” along with shortages of Iodine-131.

Disruptions in the availability of Iodine were predicted back in August when the NMEU announced a planned outage for one of the reactors used to produce it, saying that the disruption could periodically limit supplies from September 2022 through February 2023.

Only five nuclear reactors in the world produce Mo-99, making any delays to production a hindrance to care and access. The isotope is the parent of Tc-99m, a radioisotope used in approximately 50,000 medical procedures per day in the U.S. alone, and cannot be replaced by less costly or more readily available treatment options, according to a Society of Nuclear Medicine and Molecular Imaging estimate.