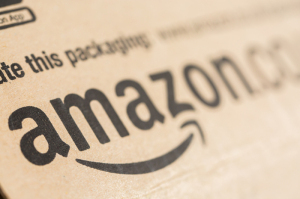 Announced on November 15, the virtual telehealth platform will connect users with providers who will render a diagnosis and prescribe medication as necessary for allergies, skin conditions and other ailments, according to Reuters.

It will be available in 32 states but does not include health insurance. Pricing will depend on the provider.

The company hinted at the new service on November 9 when it uploaded a video to its YouTube channel, reported The Verge. It showed that patients merely have to list their symptoms in a questionnaire and they are paired with a clinician, for a fee.

The clinician can diagnose and prescribe treatments to patients. The potential telehealth services will be offered via "third-party healthcare provider groups,” according to the video, which was deleted shortly after it was posted.

Amazon shares traded up 1% before the bell following the news, reported Reuters.

Through the Amazon Care brand, the company piloted virtual care among its staff in Seattle in 2019 before expanding the service to other employers under the brand.

But the service was deemed “not a complete enough offering for the large enterprise customers” that the company was looking to attract and “wasn’t going to work long-term,” said Neil Lindsay, senior vice president of Amazon Health Services, in an email to staff in August. Amazon Care will cease operations after December 31.

The launch of Amazon Clinic comes just days after sources told The Wall Street Journal that the company would scale back unprofitable businesses to reduce expenses.

The decision was motivated by a $3 billion loss in net income for 2022. Amazon previously earned $33 billion in 2021, up from $21 billion in 2020, reported The Journal. Internal documents also showed an operating loss of more than $5 billion a year among Amazon's device units, including its Alexa business.

But the sources say Amazon will continue investing in healthcare, where it sees growth potential.

It is currently looking to complete its acquisition of One Medical for $3.49 billion. Doing so will expand its virtual healthcare presence and add brick-and-mortar doctors’ offices to the company for the first time, and widen its ability to sell healthcare services to employers.