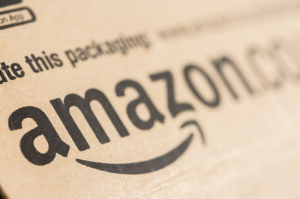 Amazon is ending its primary care service Amazon Care in the new year.
Amazon has announced plans to shutter the virtual doors of its telehealth service, Amazon Care at the beginning of the new year.

The company broke the news to staff on August 24, in an email, saying that the service was not sustainable and would end after December 31, 2022, reported Fierce Healthcare.

“Although our enrolled members have loved many aspects of Amazon Care, it is not a complete enough offering for the large enterprise customers we have been targeting, and wasn’t going to work long-term," wrote Neil Lindsay, senior vice president of Amazon Health Service.

Started in 2019, the initiative originally offered virtual urgent and primary care services to Amazon employees and their families in the Seattle region. Today, it provides telehealth care in all 50 states and to other companies as well, including Hilton, Whole Foods Market, and Peloton-acquired Precor.

It also has in-person services in at least seven cities, including Dallas, D.C. and Baltimore, and in early 2022, announced plans to expand its hybrid care model to more than 20 cities, including San Francisco, Miami, Chicago and New York City. In August 2022, it added behavioral health to its services via a partnership with Ginger.

It will not impact the company’s other healthcare projects, such as its proposed acquisition of One Medical, also announced in August, for $3.9 billion. Should the deal be a success, it will be another entry point for Amazon into the $4 trillion healthcare market, specifically within primary care.

A membership-based, consumer-focused primary care platform, One Medical has 188 offices in 29 markets and serves 767,000 members and 8,000 companies.

Amazon is also allegedly bidding against CVS and UnitedHealth Group for ownership of Signify Health, a provider of in-home health assessments, in a deal that could value Signify at more than $8 billion.

The company did not disclose how many employees would be affected, according to Geekwire. “Many Care employees will have an opportunity to join other parts of the Health Services organization or other teams at Amazon — which we’ll be discussing with many of you shortly — and we’ll also support employees looking for roles outside of the company,” wrote Lindsay.