Amazon, UnitedHealth and CVS among bidders for acquiring Signify Health 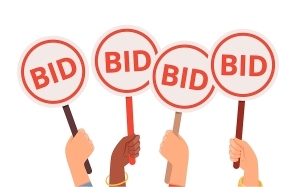 The three companies, along with othes, have submitted bids for the Dallas-based business, which saw its shares surge on August 22 by 36.8% to $29 in premarket trading. At those levels, the company would have a market capitalization of $6.8 billion, according to Reuters.

UnitedHealth has surpassed its competitors’ bids with one of $30 a share, followed by Amazon, reported Bloomberg, which reported on the bidding war on August 21, attributing the information to people with knowledge of the matter. It also listed Option Care Health, which provides home health services, as a bidder.

Formed in 2017 by private equity firm New Mountain Capital, Signify conducts at-home health evaluations with a network of more than 10,000 credentialed clinicians. This reduces spending by treating patients in lower-cost settings and linking providers’ payments to patient outcomes, according to the company website.

It completed 1.9 million in-home evaluations in 2021, and has a customer base of health insurers, government and private employers, hospital operators and physician groups.

The Wall Street Journal said that the sale could be valued at well over $8 billion.

Amazon has shown increased interest in expanding its presence in the healthcare sphere. In July 2022, the e-retailer announced that it will acquire One Medical, which operates brick-and-mortar doctor’s offices and offers telehealth, for $3.49 billion.

The deal will give it access to physical health clinics and allow it to form relationships with payers and hospital systems, but has raised concerns about competition in technology and healthcare.

Along with Amazon, the Wall Street Journal reported earlier this month that CVS was mulling a bid, causing Signify’s stock to climb 6.7% through Friday.

No final plans have been made, and the bidders may change their plans. Signify can also opt to remain independent.

Amazon and UnitedHealth told Reuters that they do not comment on speculation. The other bidders did not respond for comment.

Signify held a board meeting on August 22 to discuss the offers.

Final bids are expected by September 6, but an earlier deal is possible if the parties preempt the sales process.