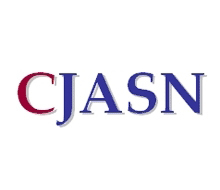 Previous studies have shown that the administration of contrast dye into blood vessels can cause acute kidney injury, or the rapid loss of kidney function due to damage to the kidneys.

However, this research has traditionally been conducted in patients undergoing angiographic procedures that are done to detect abnormalities in the blood vessels, Steven Weisbord, MD, of the Department of Veterans Affairs (VA) Pittsburgh Healthcare System and the University of Pittsburgh School of Medicine, told DOTmed.

"We recruited patients with chronic kidney disease," Dr. Weisbord said. "What was novel about our study was that even among those patients with more advanced kidney disease who did suffer an acute decline in kidney function from the contrast die, the injury was transient. It did not lead to the need for hospitalization or dialysis."

Dr. Weisbord and his colleagues conducted a prospective, observational study of 421 patients within the VA Pittsburgh Healthcare System who did not have end-stage renal disease and who were scheduled to undergo CT scans with intravenous dye to diagnose abnormalities such as cancer.

They assessed kidney injury by measuring the amount of creatinine found in the blood. Creatinine is a muscle breakdown product that is filtered by the kidneys; high levels in the blood indicate kidney dysfunction.

In following patients' creatinine levels after the procedures, the researchers reported that only 0.5 percent of patients had a 50 percent or more increase in creatinine blood levels and none had a 100 percent increase.

"These observations have important implications for providers ordering and performing computed tomography and for future clinical trials of contrast-induced acute kidney injury in patients undergoing this radiographic procedure, the authors write.

The study, entitled "Incidence and Outcomes of Contrast-Induced AKI Following Computed Tomography," is online at http://cjasn.asnjournals.org/ and will appear in the September issue of this journal.