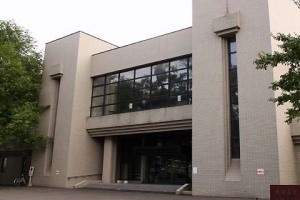 New PET device installed in
Hokkaido Univ. at the Dept.
of Nuclear Medicine
Evaluations of the first-ever prototype PET brain scanner that uses semiconductor detectors, shows that this type of scanner could advance the quality and spatial resolution of PET imaging, according to researchers at the Society of Nuclear Medicine's 55th annual meeting.

The prototype scanner already has proven successful in better characterizing partial epilepsy and nasopharyngeal cancer, a rare form of cancer that develops at the top of the throat, behind the nose. The results indicate that the PET scanner is feasible for clinical use, researchers say.

Researchers also say that eventually, the technology could be used to provide early-stage diagnoses of other cancers, neurological disorders and cardiovascular disease and determine the efficacy of new drugs.

"Our research indicates semiconductor scanners show great potential because of their high energy resolution and flexibility in both sizing and fine arrangement of detectors," says Yuichi Morimoto, senior researcher for Hitachi's Central Research laboratory in Tokyo and lead researcher of the study.

Semiconductor-based detectors are so promising because the smaller, thinner wafers are easier to adjust and arrange than conventional scanners, Morimoto says.

The new technology allows for even higher spatial resolution and less "noise," or irrelevant images. The prototype semiconductor brain scanner also uses a depth of interaction (DOI) detection system, which reduces errors at the periphery of the field of vision.