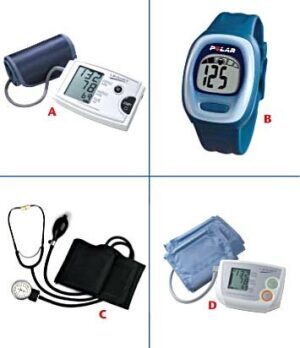 Out with the old way &
in with the new
non-invasive device
When the Bioreader was unveiled to researchers in the late 1990s, it revolutionized the way cells are analyzed, says Wolfgang Zeller, who began selling the system for German-based Biosys in 2006.

Before the Bioreader arrived on the market, scientists wishing to find healthy T-cells for patients undergoing bone marrow transplants, or to find those T-cells that produced cytokines in response to a vaccine, had to peer into a microscope and pick out the cells one by one. Not only was this task arduous, it often produced inconsistent results, depending on who was doing the counting, Zeller says.

Today the Bioreader, which sizes up cells in a snap, has been redesigned many times over and some models use fluoroscopy. Meanwhile, kit makers such as U-Cytec and Maptech are designing new light sources and filter techniques for the system. Zeller says only three companies make this type of machine: his own, CTL and Zeiss.

German-based Biosys started its U.S. subsidiary, ImmunBioSys, in 2002 and Zeller acquired a 75 percent stake in the company when he came on board in 2006.

Zeller is also the international sales manager for the parent company. Besides selling the Bioreader in the U.S., Zeller sells the system in those countries where Biosys does not have a distributor.

Zeller is currently marketing a new device--a non-invasive blood pressure machine--which he expects will become state-of-the-art technology once its capabilities are realized. The device, the Task Force Monitor, is made by an Austrian company, CN Systems.

"Our system is novel because it monitors beat-to-beat blood pressure," Zeller says. In other words, the system measures the pressure curve parallel to an EKG.

Before this system hit the market, physicians who wished to measure blood pressure for more than a few seconds had to insert a catheter into the patient's arm, Zeller says.

The Task Force Monitor uses a finger cuff on the ring and middle finger plus a cuff on the arm for reference and continuously monitors the patient's blood pressure for 30 to 45 minutes.

"As soon as cardiologists and anesthesiologists understand what the system can do for them, they will jump on it," Zeller says.

Zeller adds, "We're just scratching the surface with this machine. My opinion is that OEMs will also try to get this technology and will integrate it into their EKG monitoring systems."

For the time being, Zeller is selling the machine as a stand-alone unit to end-users. He predicts first-year sales of the blood pressure monitor will exceed $500,000.

Meanwhile, Zeller says he has closed a deal with a well known medical school, which bought 60 machines. Researchers at the school will lead an eight-year multi-center study in medical centers throughout the U.S. to measure the blood pressure machine's efficacy.

Zeller says he can't reveal which medical school has purchased the machines until the study is launched in September.