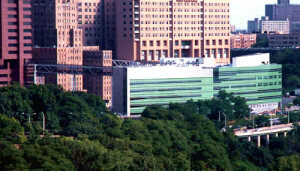 "We reviewed patient records to determine the frequency and magnitude of serum creatinine changes in patients who had not received iodinated contrast material. We then compared that to previously published articles which found a relationship between contrast media, serum creatinine levels and nephropathy (kidney damage). "We found that the creatinine level increases just as often in those who do not receive contrast material as in those who do," said Jeffrey Newhouse, MD, lead author of the study.

According to the study, among the 32,161 patients who had not received contrast material, more than half showed a change of at least 25%, and more than 2/5 showed a change of at least 0.4 milligrams per deciliter. "These changes occurred in patients with both normal and abnormal initial creatinine values and were undoubtedly caused by the entire range of conditions, treatments, and laboratory variations that may alter creatinine levels," said Dr. Newhouse. "These changes were not different from those seen in previously published studies in which the patients received contrast media."

"Because serum creatinine levels change frequently in the absence of iodinated contrast media material, prior studies of the relationship between iodinated contrast material and renal function must be interpreted with caution, and future experiments should have appropriate controls," Dr. Newhouse said. "We don't claim that IV contrast material never induces nephropathy, but it may do so less frequently and severely than previously thought. If subsequent experimentation proves its safety, it could be used more frequently in patients with renal failure," he said.

The study will appear in the August issue of the American Journal of Roentgenology.

The American Roentgen Ray Society (ARRS) was founded in 1900 and is the oldest radiology society in the United States. Its monthly journal, the American Journal of Roentgenology, began publication in 1906. Radiologists from all over the world attend the ARRS annual meeting to participate in instructional courses, scientific paper presentations and scientific and commercial exhibits related to the field of radiology. The Society is named after the first Nobel Laureate in Physics, Wilhelm Röentgen, who discovered the X-ray in 1895.