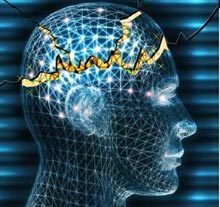 Epilepsy drug may
cure alcohol dependence
It's a Catch-22 of the highest order. People with alcohol problems often lose sleep. At the same time, they're highly likely to suffer from full-blown chronic insomnia that keeps them from getting enough sleep night after night - and that condition has been shown to cut their chances of getting sober again.

Meanwhile, their doctors aren't likely to prescribe insomnia medications because most sleeping pills can be habit-forming or have adverse effects due to an alcohol-damaged liver.

Now, a small new pilot study from a team of University of Michigan alcoholism and sleep researchers offers some sign of a possible way out of this conundrum.

The study, published in the August issue of the journal Alcoholism: Clinical and Experimental Research, suggests that the drug gabapentin (whose brand name is Neurontin) might be able to reduce insomnia in recovering alcoholics, and help them stay away from alcohol more successfully.

The drug, often used to treat epilepsy and chronic pain, is not habit-forming and is not processed by the liver.

Although the study involved only 21 insomniacs in recovery from alcohol dependence, and did not provide long-term gabapentin treatment or long-term follow-up on their sleep or their alcohol recovery, it was randomized, placebo-controlled, and double-blinded. In all, 30 percent of the patients who received gabapentin during alcohol recovery relapsed to drinking, compared with 80 percent of those who received a placebo.

Based on the results, the researchers have already launched additional studies of the potential role of gabapentin in alcohol recovery and sleep.

"We showed that the patients who got the real drug, rather than placebo, were less likely to relapse to drinking -- or if they relapsed it was later," says lead author Kirk Brower, M.D., FASAM, the executive director of U-M Addiction Treatment Services and a professor of psychiatry at the U-M Medical School. "In other words, gabapentin prevented and delayed relapse. Meanwhile, patients reported sleeping better in both the treatment and placebo groups, which may be due to the gabapentin in the first group and the resumption of drinking in the other."

Co-author Flavia Consens, M.D., an associate professor of neurology and member of the U-M Sleep Disorders Center, is cautiously optimistic that the new findings could open the door to better understanding of how to handle sleep problems in people who are trying to recover from their dependence on alcohol. As many as 70 percent of people with alcohol problems suffer insomnia, she says, while others cope with other sleep disturbances including breathing problems known as sleep apnea.
1(current)
2
3