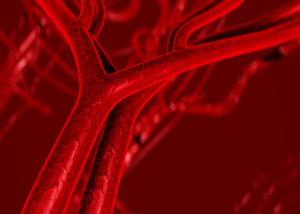 New approaches to angioplasty
Two new techniques--vacuuming (suctioning) out blood clots and performing angioplasty through the wrist--are changing the way angioplasty is done. The techniques are promising to help patients who are in danger of having a heart attack.

The first technique, known as thrombus aspiration, uses a suction-like device to vacuum out blood clots from patients' arteries before they have angioplasty. Doctors use a thin tube combined with a syringe to vacuum out the clots.

The technique has been available for several years, said Dr. Felix Jijlstra, a professor of cardiology at the University of Groningen and senior author of the report in the study, which was published earlier this year in the New England Journal of Medicine. It was the biggest study of its kind and substantiated the smaller prior studies.

Dr. Zijistra said in a statement that he believes the technique will be adopted on a large scale and that it is easy to learn.

The second breakthrough is a procedure in which cardiologists prop open blocked arteries by going in through a radial artery in the wrist, instead of threading a tube to the heart through an artery in the groin, as is usually done. A major study conducted by Dr. Sunil Rao, at Duke Clinical Research Institute, found that bleeding complications were slashed by 70 percent when cardiologists do wrist angioplasty instead of going through the groin.

"They bleed less and have fewer vascular complications in general because the artery is smaller and heals faster," Dr. Rao tells DOTmed News.

One study showed that patients who received wrist angioplasty were discharged from the hospital sooner.

To analyze these studies, Duke University researchers culled data from approximately 500,000 angioplasties performed in 606 hospitals across the US from 2004 to 2007 to see how often radial angioplasties were conducted.

They found that the wrist approach had gained favor over the four-year period, but still comprised only 1.3 percent of the total number of procedures. They also found that 40 percent of radial angioplasties were performed in only seven centers. Academic medical centers were more likely to be sites of higher wrist angioplasty use than centers not affiliated with a college or university.

"We saw an uptick from 1.3 percent to 3 percent of hospitals doing angioplasties through the wrist at the end of the study period in the last quarter of 2007," Dr. Rao told DOTmed News. "But we don't yet know how our study findings have affected other cardiologists' practices," he says.

(Source research published in the Journal of the American College of Cardiology: Cardiovascular Intervention.)