Bright Light Therapy Is Being Refined for Depression 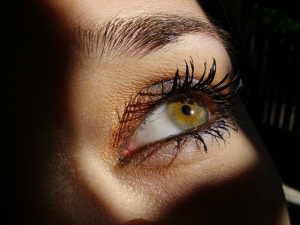 The health benefits
of light are becoming
better understood
Remission of seasonal affective disorder (SAD), might depend upon individualized timing of light exposure and dosing.

Bright white light therapy has been used to treat seasonal affective disorder (SAD) for more than 20 years. Although it remains a mainstay of treatment, in the past few years researchers have investigated ways to improve and refine light therapy, reports the November 2008 issue of the Harvard Mental Health Letter.

Improvements are necessary for three reasons. First, light therapy doesn't work for everyone. Studies have reported that 50% to 80% of patients achieve complete relief and that remission may depend upon carefully individualized timing of light exposure.

Second, dosing remains a major question. The recommendation for 30 minutes of daily exposure to 10,000 lux is based on average response to white light. Finally, side effects, while mild for many patients, may be more of a concern for others.

Dr. Michael Miller, editor in chief of the Harvard Mental Health Letter, notes that investigations are now under way to see if changing the timing or type of light therapy might improve response or reduce side effects.

Some areas of study:
-Better timing: Researchers reported that remission from SAD was twice as likely if light therapy was precisely calibrated to melatonin rhythms--which may vary by several hours from one individual to the next.

-Dawn simulation: In this variation, a preset light device turns on before a patient awakens. Light intensity increases gradually over a period of 90 minutes. Although studies so far have been small, they have also been promising.

-Blue light: Studies have found that cells in the retina are particularly sensitive to blue light, suggesting that this wavelength may powerfully affect circadian rhythms. Researchers are investigating whether blue light might provide the same benefit as white light but with less exposure time.

For a supplementary video, go online to http://www.health.harvard.edu/137.

Read about a new blue light device from Philips:
https://www.dotmed.com/news/story/7383/