Procter & Gamble Is Pursuing Treatment for the Common Cold 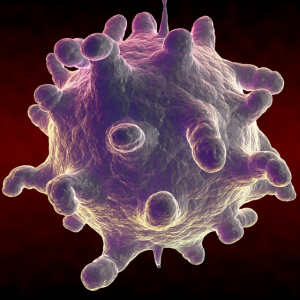 Rhino virus
Procter & Gamble scientists, trying to devise treatments for the company's profitable Vicks unit, have reported results from the first study to examine the human genome's response to the common cold.

P&G worked with researchers from the University of Calgary and the University of Virginia. The findings were published in the November 1 issue of the American Journal of Respiratory and Critical Care Medicine.

Researchers then conducted a gene-chip study on students by scraping a sample of cells that line the passages of the nose. These cells, called nasal epithelial cells, are the immune system's first line of defense. Researchers used the gene chip analysis to examine the immune system's response to the rhinovirus at a molecular level.

"What we found was a large number of genes were up regulated in people who were infected with the rhinovirus," says Tiesman. (The rhinovirus is dubbed the common cold because it affects billions of people worldwide.) "We found a lot of immune compounds, called chemotaxis pathways, were mounting a tremendous defense, far out of proportion to the illness," Tiesman says. "The immune system over-drive is what leads to runny nose and congestion," he adds.

In the randomized, placebo-controlled study, researchers infected 17 volunteers with the rhinovirus. An additional 18 students who served as the control group were given the sham inoculation nasal saline spray. (The rhinovirus-16 in the study was first isolated and purified by P&G and the University of Virginia.)
Forty-eight hours after inoculation, the expression of 6,530 genes in infected volunteers were either up regulated or down regulated.

"What happened is rhinovirus infection triggered a massive immune response in the nasal mucosa," Tiesman says. The findings are important because they provide us a blueprint for developing the ideal cold treatment; one that maintains the body's natural antiviral response while normalizing the inflammatory response," Tiesman says.

Researchers classified the active genes according to function and found many involved in the process were chemotaxis, which recruits various immune cells to the site of infection. These particular genes have been correlated with symptoms such as inflammation, congestion and runny nose. Other groups of active genes have also been classified; among them are genes that make antiviral compounds that are believed to help thwart infections. Of the many antiviral compounds made by the cells one, called viperin, was especially intriguing. The study volunteers produced on average 6.5 times more of the viperin gene product than the control group. "However, even in the infected group, a small number of people did not come down with a cold. Is that a genetic difference or a difference in the environment?" Tiesman asks. Previous work found that viperin helps fend off influenza virus. The researchers confirmed viperin's role in cold defense with two follow-up studies.

Scientists also found changes in gene expressions that signaled reduction in the body's antioxidant defenses. The findings indicate that replenishing antioxidants during a cold, by using Vitamin C supplements, could help maintain the body's natural immune system defenses. Additional information, to be published in an upcoming paper, looked at correlations between Vitamin D levels and maintaining a balanced immune system.

Never Got a Cold

"There must be a genetic component and environmental component to catching a cold," Tiesman says. "I never got a cold and when I moved to Cincinnati [to work at P&G], I used to get a cold every year.

"It took five years before I stopped fearing winter time. It probably was both genetic and environmental. I may have a genetic predisposition not to get a cold but the environment played an important role. After five years, I must have mounted an immune defense to whatever classes of cold I may have been exposed to," Tiesman says.

P&G are makers of Vicks respiratory treatments available in more than 66 countries. Vicks offers products to treat colds from early defense through treatment and recovery, including DayQuil and NyQuil.