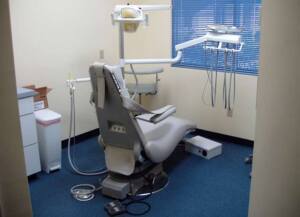 Countless doors are opened with a warm smile and the dental industry has been around for ages providing that key. Dentistry has come a long way from its roots (no pun intended). From the barbaric practices that would occur with tooth extraction in England barber shops to even worse horrors in earlier history including wooden planks and mallets to remove teeth to Chinese tooth-pullers using their fingers. The goal of dentistry - to maintain good oral health - has remained the same, but the ways that maintenance is met and the choices of procedures have evolved greatly. It's a good thing too - with an economic slowdown, if all a dentist offered was some strong fingers to yank a nagging tooth out, people might opt to do it themselves. Fortunately, dentistry has established itself as a necessity and people are willing to fore go other comforts before performing painful self-procedures. Still, procedures of just a cosmetic nature are likely to take a hit.

In a recent survey in Dental Products Report, more than a quarter of responders (25%) predicted an increase in their purchasing of both technology and equipment in the next 12 months. According to the survey, more than 45% planned to add hand pieces, while digital X-ray and computer hardware for the operatory ranked next at 25%.

This same survey, however, revealed that recent tough times have left just over 44% dentists indicating the economy has prevented them from purchasing specific products in the past 12 months. Two-thirds (65%) plan on making the same amount of purchases in 2009 for materials and 24% plan to increase purchases of things like impression materials, bonding agents and composites. More than a quarter are looking to increase their purchases in both the technology and equipment categories, but 20% are planning to cut back in those two categories as well.

DOTmed interviewed registered users; manufacturers and a dentist to offer some interesting feedback.

Scott Carson, founder of Med1Online reported that business was down in 2008 and thinks 2009 will be worse for dental equipment sales. Med1Online sells all types of new and used dental equipment as well as a wide selection of new and factory refurbished capital medical equipment (CME), medical devices and medical supplies through an online channel.
1(current)
2
3
4
5
6
7