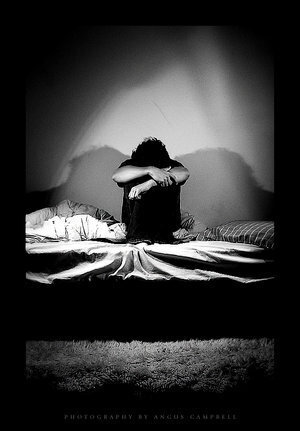 Depression
A history of major depression increases the risk of heart disease over and above any genetic risks common to depression and heart disease, according to researchers at Washington University School of Medicine in St. Louis and the VA. The findings were reported the annual meeting of the American Psychosomatic Society in Chicago.

The researchers analyzed data gathered from more than 1,200 male twins who served in the U.S. military during the Vietnam War. The men were surveyed on a variety of health issues in 1992, including depression, and were assessed again in 2005.

In the study, investigators looked at the onset of heart disease in depressed study participants between 1993 and 2005. Men with depression in 1992 were twice as likely to develop heart disease in the ensuing years, compared to men with no history of depression.

The investigators were looking for evidence of what they call incident heart disease, an event such as a heart attack, heart surgery, stent placement or medical treatment for angina. Those who had evidence of heart disease prior to the original survey in 1992 were excluded from this study.

Because twins were studied, the researchers could divide participants into risk groups: twins with high genetic and environmental risk for depression, those with moderate risk and those with a low risk. The risk groups then were compared for incident heart disease adjusting for other influences on heart disease such as smoking, obesity, hypertension and diabetes.

"By separating the twins into these groups based on their genetic and environmental risks, we are able differentiate the genetic risks common to depression and heart disease and the risks for heart disease from exposure to depression," says co-investigator Hong Xian, Ph.D., associate professor of mathematics in medicine at Washington University and health science specialist at the VA.

Twins automatically are matched by age. They normally grow up in the same family environment, and in the case of identical twins, they share identical DNA.

"If one twin has depression, but his twin brother does not, both twins will share genetic vulnerability for depression, but it turns out the twin who was not depressed has less risk for heart disease," says Scherrer. "In sum, depression itself remains a significant contributor to incident heart disease after controlling for genes, environment and mental and physical risk factors."

Scherrer and Xian plan to follow these twins as they age. They also plan to study the effects of successful depression treatment on heart disease risk.