Merck to Buy Schering-Plough for $41.1 Billion 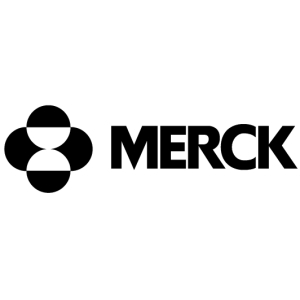 Merck
Merck said it would buy Schering-Plough for $41.1 billion in a cash and stock deal that would help it become less vulnerable now that its blockbuster drug Fosamax for osteoporosis has gone generic and will be followed by its popular allergy medicine, Singulair, in a few years.

Schering's allergy medicine, Nasonex, has a longer patent life and Merck and Schering are already partners in the marketing of two cholesterol drugs, Vytorin and Zetia.

What's more, Merck is a top maker of vaccines, and acquiring Schering-Plough will give it a pipeline of biological drugs, due to Schering's 2007 acquisition of Dutch biopharmaceutical company Organon Biosciences. Biologics are highly-priced and are still unable to be copied by generic drug makers, so they are seen as a white-hot area of growth for big pharma.

The acquisition will also give Merck one of the world's largest animal health businesses and a well-known consumer health line with products such as allergy pill Claritin and the Coppertone product line.

Merck Chairman and CEO Richard Clark told The Associated Press the company will be "well-positioned for sustainable growth."

"We'll double Merck medicines in (late-stage development) to 18," added Clark, who will lead the combined company, which would be called Merck and would be based at its headquarters in Whitehouse Station, N.J., if the FTC approves the deal. The agency may scrutinize the merger as the companies make overlapping products, such as their allergy medicines, analysts say.

After the merger was announced Monday, Schering's shares soared and Merck's fell, not unusual for a company making a huge acquisition and financing part of it with its stock. Schering shares jumped $2.50, or 14.2 percent, to $20.13, and Merck shares dropped $1.75, or 7.7 percent to $20.99.

The companies say the deal will boost earnings per share in the first full year after it closes, and they'll be able to save $3.5 billion a year after 2011, partly by cutting jobs.

A Merck spokeswoman told the Associated Press there won't be any immediate changes in staffing, but "eventually, we anticipate an approximate 15 percent reduction in the combined company's headcount," she said, which means the loss of 16,000 jobs from the current total of 106,000. About 60 percent of the cuts will come from marketing and administration, and the rest from manufacturing and research and development, AP says.