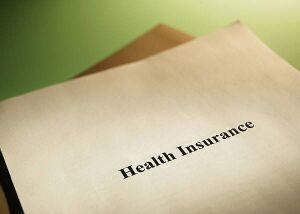 High deductible
High-deductible health plans are increasingly being used by healthy people who are unlikely to incur high medical expenses. But employers also end up enrolling low-income, vulnerable families, finds a study of Massachusetts families from Children's Hospital Boston and Harvard Medical School's Department of Ambulatory Care and Prevention (DACP). The study appears in the April issue of the journal Pediatrics.

The researchers, led by Alison Galbraith, MD, MPH, and Tracy Lieu, MD, MPH, both of Children's and the DACP, used enrollment and claims data from Harvard Pilgrim Health Care, a large New England health plan. They identified 839 families with children who initially had traditional health maintenance organization plans through Harvard Pilgrim, but whose employers later switched them to a high-deductible health plan when Harvard Pilgrim began offering it. They compared this group with 5,133 families whose employers stayed with the traditional plan, to see what kinds of families were most likely to be switched to high-deductible plans.

Overall, about a third of those who were switched to high-deductible plans had a child with a chronic condition, 13 percent lived in neighborhoods with high poverty, 36 percent had an above-average burden of illness, 19 percent incurred large health-care costs at baseline (more than $7,000 a year, including out-of-pocket costs).

When the same data were analyzed by size of employer, an interesting split emerged:

· Among the families with large employers, those living in high-poverty neighborhoods were 1.78 times more likely than families in higher-income areas to be switched to a high-deductible plan, after adjustment for other factors (including level of education, known chronic conditions, overall health burden and health costs incurred).

· Families with small employers were less likely to be switched to high-deductible plans if they had more children, an above-average burden of illness and higher health-care expenditures at baseline. Those who were switched tended to be healthier and have fewer children.
1(current)
2