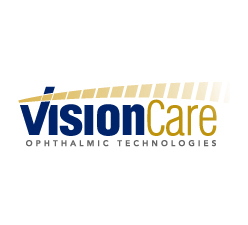 The telescope is the first medical device to be recommended by an FDA advisory panel for this debilitating condition, a leading cause of blindness in the U.S. The FDA usually follows the recommendations of an advisory panel, but is not required to do so.

Dr. Isaac Lipshitz, a founder of VisionCare in Saratoga, CA, designed the implantable telescope. The device is smaller than a pea and is implanted in one eye in an outpatient surgical procedure.

Once implanted, the device allows patients to see enlarged images over a wide area of the retina to improve central vision. Meanwhile, the non-operated eye provides peripheral vision for mobility and orientation.

End-stage AMD occurs when the macula in each eye is irreversibly degenerated and no longer provides detailed central vision required for common everyday activities such as recognizing people and facial expressions, or watching television.

According to the National Eye Institute more than 1.7 million Americans over age 50 suffer mild to profound vision loss from advanced AMD, which frequently becomes what physicians refer to as end-stage AMD. Patients affected in both eyes often experience a loss of independence and social interaction. Approximately half of the individuals living with advanced AMD are affected in both eyes.