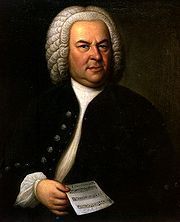 Eight radiologists participated in the trial. They rated their mood, concentration, perceived diagnostic accuracy, productivity and work satisfaction on a seven-point scale.

"The greatest positive effects were noted with regard to mood and work satisfaction, with 63 percent and 50 percent of the doctors reporting a positive impact," said Sohaib Mohiuddin, MD, and Paras Lakhani, MD, lead authors of the study. No participants indicated a negative effect on mood, perceived diagnostic accuracy, productivity or work satisfaction, although one radiologist (12.5 percent) indicated a negative effect of music on his concentration.

"Given the increased workload of today's radiologists, we were interested in looking at environmental factors that could improve the work environment for today's busy radiology reading rooms," Dr. Mohiuddin said.

He noted that "other studies have correlated baroque classical music with improved spatial reasoning, attentiveness and concentration" and added that "personally, I have found that listening to music aids my concentration and interpretative abilities."

The radiologists are currently conducting a larger study to validate these results.

The current study will be presented at the 2009 American Roentgen Ray Society Annual Meeting in Boston, on Monday, April 27.