Race to Find a Flu Vaccine Is On; Flu Remedies Profit 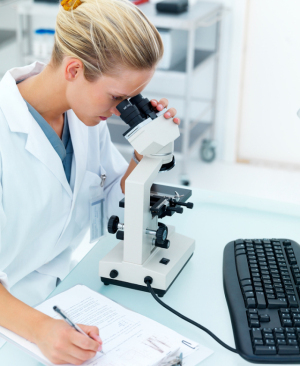 The race is on to target and
develop a swine flu vaccine.
But the regular seasonal flu vaccine
production will have to be curtailed.
Drug companies making vaccines and flu remedies have been on the front lines since reports of the swine flu outbreak made headlines last Friday.

Vaccine makers Sanofi and Novartis say they are working with the WHO and CDC to develop a vaccine to guard against the new strain of influenza.

Both companies say they are waiting for the CDC to decide on the exact strain that will work best. Baxter International has also requested a swine flu sample and Glaxo says it "stands ready" to try its hand at developing a vaccine.

Sanofi spokeswoman Donna Cary told DOTmed News that Sanofi's factories in the U.S. and France are currently running at full capacity to make enough seasonal flu vaccine for next winter. Cary said the government and Sanofi are discussing how much of this production the company should curtail in order to zero in on swine flu vaccine production. Once this issue is settled, Sanofi will get to work on developing a preventive.

Cary notes that while Sanofi rivals import their vaccines, Sanofi is the only vaccine-maker with facilities in the U.S. However, the government is encouraging other manufacturers to make their vaccines here.

Meanwhile, Uncle Sam has doled out a total of $1.3 billion to several manufacturers to develop ways of producing the vaccine in vats of animal cells rather than in hens' eggs, as companies are doing now.

Cell culture is less vulnerable to contamination and the process could save at least a few weeks. But the technique has not been proven yet.

Hoping to perfect the technology, Swiss-based Novartis is building a cell culture flu vaccine facility in Holly Springs, N.C., which might be ready for use in 2010 or 2011, the company says. The government is providing about $500 million in construction costs and guaranteed vaccine purchases to help Novartis develop cell-culture technology. Meanwhile, start-ups are also developing cell-based approaches.

Also on the front lines of battle are Roche's Tamiflu and GlaxoSmithKline's Relenza, treatments proven to help patients beat the new strain of flu. Gilead, which invented Tamiflu and still gets royalties from Roche; and Bioto, which discovered Relenza and receives royalties from Glaxo, are also formidable players in this arena.

The drug makers are profiting, as governments worldwide begin a new round of antiviral stockpiling and as the worried-well are deluging pharmacies, prescriptions in hand.

Both Roche and Glaxo (and Gilead and Bioto) will keep busy after this outbreak even if swine flu does not reach pandemic proportions, officials say. Governments have been stockpiling their medicines since the SARS scare five years ago and will continue to do so, by all accounts.
1(current)
2