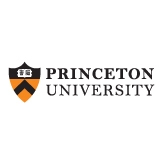 Though theoretical, the work points to the critical importance of what has been a poorly appreciated aspect of the interaction between a virus and those naturally produced defensive proteins called antibodies that fight infection.

By manipulating the multi-stage interactive process --known as antibody interference -- to advantage, the scientists believe it may be possible to design more powerful vaccines than exist today.

The findings are described in the May 11 online edition of the Proceedings of the National Academy of Sciences.

"We have proposed that antibody interference plays a major role in determining the effectiveness of the antibody response to a viral infection," said Ned Wingreen, a professor of molecular biology and a member of the Lewis-Sigler Institute for Integrative Genomics. "And we believe that in order to get a more powerful vaccine, people are going to want one that minimizes this interference."

When a virus like influenza attacks a human, the body mounts a defense, producing antibodies custom-designed to attach themselves to the virus, blocking it from action and effectively neutralizing its harmful effects on the body.

Analyzing data about viral structure, antibody types and the reactions between them produced by virology laboratories across the country, Ndifon noticed a perplexing pattern. He found that antibodies were often better at protecting against a slightly different virus, a close cousin, than against the virus that spurred their creation. This is known as cross-reactivity.

A closer look, using techniques that combine computing and biophysics, suggested that a phenomenon known as antibody interference was at play. It arises when a virus prompts the creation of multiple types of antibodies.

During a viral attack, what then transpires is that antibodies vie with each other to defend the body and sometimes crowd each other out as they attempt to attach themselves to the surface of the virus.