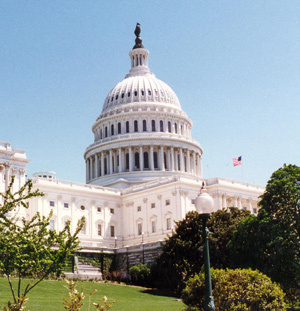 More rural health care
legislation is being
introduced
This report originally appeared in the July 2009 issue of DOTmed Business News. Read the issue and its cover story on rural health, now online.

A review of U.S. government agency activity, funding and legislation indicates that there is a new focus on the rural health sector of the U.S, giving support and attention to this usually unheard and underfunded sector.

Just recently on June 1, U.S. Department of Health and Human Services (HHS) Secretary Kathleen Sebelius announced $30 million of dollars in funds to be released in grants and a National Resource Center, in order to assist persons in obtaining Medicare. The initiative, Secretary Sebelius' website says, "...also includes special targeting efforts to rural areas of the country and to Native American elders."

The HHS had already been given a stronger focus this year on rural health care through the February appointment of Dr. Mary Wakefield as Administrator of the Health Resources and Services Administration (HRSA). Dr. Wakefield had previously been director of the Center for Rural Health at the University of North Dakota. The HRSA assists in delivery of health care to those who are uninsured and underserved. Later in March, HHS directed $338 million of American Recovery and Reinvestment Act funds to community health centers, including those in rural states.

In May, U.S. Department of Agriculture Secretary Tom Vilsack had announced the selection of nearly $56.6 million in essential community facilities and emergency responder projects to fund immediately through the American Recovery and Reinvestment Act. These projects include expanded access to health care and first responder efforts, such as childcare centers, hospitals, medical clinics, and assisted living facilities. These funds are available to public bodies, non-profit organizations, and recognized Indian tribes.

More rural health care legislation is being introduced. U.S. Senator Maria Cantwell (D-WA) has announced in a press release that she plans to introduce two new bills to increase the number of practice primary care doctors, in particular for underserved, rural areas (S.1174 has just been introduced on that subject). U.S. Senators Sam Brownback (R-KS) and Mark Pryor (D-AR) are introducing the bipartisan Critical Access Flexibility Act of 2009, which would enable community hospitals to receive a cost-based Medicare reimbursement, though waiver of the Medicare provision requiring a critical access hospital to be 35 miles away from another health care facility. In addition, Senator Pat Roberts (R-KS) has announced the bipartisan introduction of the Craig Thomas Rural Hospital and Providers Equity Act of 2009, or R-HoPE. This Act, named after the late former senator from Wyoming, would offer several options for improving the financial status of rural providers, including raising Medicare reimbursement payments to rural hospitals, clinics and ambulance squads, and creating a new loan program for assistance to rural hospitals to repair older buildings.
1(current)
2
3