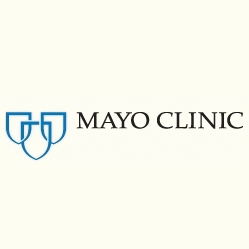 Mayo is on the case
to determine best AF treatment
Mayo Clinic received $48 million in grants from the National Heart, Lung, and Blood Institute (NHLBI), a component of the National Institutes of Health (NIH), and from industry, to compare drugs with catheter ablation in the treatment of AF in 3,000 patients and 140 centers around the world.

The Catheter Ablation Versus Anti-arrhythmic Drug Therapy for Atrial Fibrillation (CABANA) Trial is designed to determine whether catheter ablation is more effective than drug therapy for the treatment of atrial fibrillation, says Douglas Packer, M.D., the trial's principal investigator and a cardiologist at Mayo Clinic.

The study, which will take six years from beginning to releasing results, is a collaborative effort among Dr. Packer and Richard Robb, Ph.D., at Mayo Clinic, Kerry Lee, Ph.D., and Daniel Mark, M.D., at Duke Clinical Research Institute in Durham, N.C., and the NHLBI.

Atrial fibrillation is the most common cardiac arrhythmia seen by physicians and affects more than 2 million Americans.

Most individuals with atrial fibrillation have identifiable risk factors, such as high blood pressure or structural heart disease, and tend to be elderly. Long-term complications resulting from atrial fibrillation and its treatment can include death, disabling stroke, serious bleeding and/or cardiac arrest.

The study will randomize patients over three years, with half undergoing catheter ablation and half receiving rate control or rhythm control drug therapy (used to keep the heart in normal rhythm). Further information about this trial (NCT00911508) can be found at www.clinicaltrials.gov.

According to Dr. Packer, the trial is needed because:

* Atrial fibrillation is on a rapid rise and particularly increasing in individuals over 60 years of age.
* Multiple recent trials have shown the inadequacy of drug therapy to maintain normal heart rhythm and reduce death.
* The use of catheter ablation is rapidly increasing, but a large clinical trial such as CABANA is necessary to answer important questions about effectiveness and safety.
1(current)
2