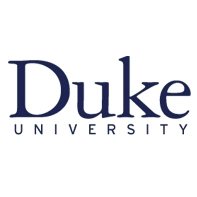 Duke bioengineers develop
advanced ultrasound catheter
Duke University engineers have taken a first step toward a minimally invasive treatment of brain tumors by combining chemotherapy with heat administered from the end of a 3-D catheter.

The bioengineers designed and built an ultrasound catheter that can fit into large blood vessels of the brain and perform two essential functions: provide real-time moving 3-D images and generate localized temperature increases.

"Physicians would inject drug-carrying liposomes into a patient's bloodstream, and then insert a catheter via a blood vessel to the site of the brain tumor," said Carl Herickhoff, fourth-year graduate student at Duke's Pratt School of Engineering and first author of a paper appearing in the journal Ultrasonic Imaging.

"The catheter would use ultrasound to first image the tumor, and then direct a higher-power beam to generate heat at the site, melting the liposome shells and releasing the chemotherapy directly to the tumor.

"The temperature increase would be about four degrees Celsius - enough to melt the liposome, but not enough to damage surrounding tissue," Herickhoff said. "No one has tried this approach before in the brain."

The American Cancer Society estimates that more than 21,000 new brain tumor cases were diagnosed in 2008, with more than 13,000 patients dying. This represents about 2 percent of all cancer deaths.

The researchers said that a minimally invasive approach to treating this cancer would be preferable to the conventional methods, which have drawbacks and side effects of their own.

"Surgery is invasive, and chemotherapy that is injected or taken orally affects the whole body and has difficulty crossing the blood-brain barrier in sufficient concentrations," Herickhoff said. The blood-brain barrier restricts the passage into the brain of any foreign matter not needed by the neural tissue."

In a series of experiments in animal models and simulated tissues, the researchers demonstrated that they could build a catheter thin enough to be placed in one of the brain's main blood vessels that was capable of serving the dual purpose of visualization and heating.

"Taken as a whole, the results of these experiments, in particular the clarity of the images and ability to increase temperature with the same catheter, lead us to believe that the ultimate creation of a practical intracranial ultrasound catheter is possible," said Stephen Smith, director of the Duke University Ultrasound Transducer Group and senior member of the research team. "There are some design issues of the catheter itself that we feel can be overcome with little difficulty."

Advances in ultrasound technology have made these latest experiments possible, the researchers said, by generating detailed, 3-D moving images in real-time. The Duke laboratory has a long track record of modifying traditional 2-D ultrasound - like that used to image babies in utero - into the more advanced 3-D scans. After inventing the technique in 1991, the team also has shown its utility in developing specialized catheters and endoscopes for real-time imaging of tissues throughout the body.