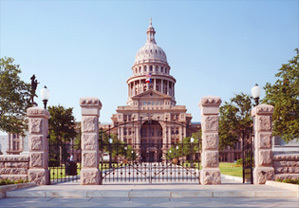 Texas State Senate Bill 1193
Passes Amended and
Goes Dead
The Texas state legislature has adjourned without passing into law a bill that would have imposed significant new education and training requirements on technicians servicing medical equipment.

Senate Bill 1193 (SB 1193), which specified formal education requirements, was passed by the state Senate, but in an amended version that industry and providers consider more reasonable than the original bill. Ultimately, the revised legislation passed the state Senate and was referred to the House where it did not receive a vote. Now that the bodies are in recess, the bill may be effectively moot.

But Texas hospitals and the medical equipment service industry had quite a scare.

When first introduced, the bill addressed concerns of a Texas constituent who felt there was need for greater regulation of individuals who repair and calibrate class II and class III medical devices. Due to the critical nature of medical devices that qualify as class II and III, such as infusion pumps and implantable pacemaker pulse generators, the constituent expressed concern over the elevated risk when such devices are serviced or repaired by perceived unqualified individuals.

Originally, the Senate Committee passed SB 1193 May 14, voting in favor of strengthening requirements to qualify individuals to repair and calibrate the devices. However, promulgation included amendments to ease concerns brought forth by health care facilities and medical device service organizations.

As proposed by Senator Jeff Wentworth (R-TX) in February, SB 1193 sought to amend current law to prohibit any individual from calibrating, repairing, or performing preventive maintenance on class II or class III medical devices in a health care facility unless they meet one of the following qualifications:

1. Hold an associate of applied science degree as a biomedical equipment technician issued by an accredited college or university; or
2. Hold a bachelor's degree in engineering; or
3. Hold a certification to maintain or service a class II or class III medical device issued by the United States military; or
4. Complete service, maintenance, or service and maintenance training from a medical device manufacturer.

A criminal penalty resulting in a Class C misdemeanor would have been imposed for violation of the law.

When news of the bill broke out, key players involved in servicing medical equipment, including hospital biomedical technicians and Independent Service Organizations (ISOs), voiced their frustration and anger.
1(current)
2
3