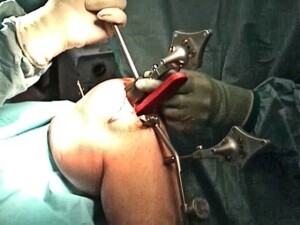 The researchers started with the knowledge that about $11 billion is spent on 500,000 knee replacements each year in the US and that this number is expected to climb seven times by 2030, as an overweight population--already putting stress on their knees-- continues to age in record numbers.

Dr. Losina and colleagues wanted to find out whether knee surgery performed on Medicare patients aged 65 and older was cost-effective. To do so, they used subjective measures based on years of life spent in good health.

The researchers said that nine out of 10 knee replacements are successful, meaning that knee pain ceases and patients become more active.

They calculated that knee replacement surgery cost $57,900 per patient, which was $20,800 more than was spent on those who did not have the surgery.

Those people who got artificial knees lived more than a year longer in good health than those who did not, the researchers said. They measured the cost per year of good quality life at $18,300.

They concluded that when compared to other types of surgery for treating bones in older people, knee replacement surgery was "highly cost-effective."

What's more, the surgery's cost-effectiveness climbed when experienced surgeons who worked at high-volume hospitals performed the procedures.Results were not as good for blacks, Hispanics, and older patients, the study found. It was published in the Archives of Internal Medicine.

In an editorial, Stephen Lyman, a surgeon at Weill Cornell Medical College, said that translating cost-effectiveness to clinical practice was an uphill battle.

"At least in the United States, even well-performed cost-effectiveness analyses do not influence either payers or physicians directly. Payers do not use the results to make coverage determinations nor do physicians use them to make treatment decisions," he wrote.