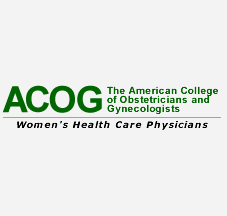 The economy takes a
particularly poignant toll
on OB/GYNs
As a result of the recession, women are delaying pregnancy as well as their annual well-woman exam, according to a new Gallup Organization survey conducted for The American College of Obstetricians and Gynecologists (ACOG).

These trends attest to the toll that the economy is taking on women's reproductive health, yet it is not clear whether there will be long-term health consequences for women, according to ob-gyns recruited for this survey.

The troubled economy is greatly influencing a woman's decision about when to become pregnant and how many children to have. Overall, 14% of women ages 18-44 who were surveyed said that the economy has had an effect on their plans to increase the size of their family; among married women, this increased to 17%.

Compared to a year ago, the survey found that one in five women (20%) is more concerned today about having an unintended pregnancy, and similarly, about one in five women (19%) is more conscientious about using birth control to avoid pregnancy. Today, worries are even higher among women who are in a relationship but not married-one-third (33%) are more concerned about an unintended pregnancy, and 32% are more mindful of their contraceptive use so as not to get pregnant.

According to the ACOG survey, two-thirds of women (66%) ages 18-44 report that they have been affected by the country's economy. "While almost all Americans are feeling the pinch, the survey findings clearly indicate that women are feeling the impact in the most personal and intimate areas of their life. Decisions about sex and family planning are at the core of a woman's well being and will have lasting repercussions over her entire lifespan," said Douglas H. Kirkpatrick, MD, ACOG president.

"The economy is also hitting women hard in other ways, including how often they visit the doctor and whether they are taking their medications as prescribed, which is of utmost concern to ob-gyns, often the primary physicians for most women," noted Iffath Abbasi Hoskins, MD, ACOG vice president and senior vice president, chair, and residency director of the department of ob-gyn at Lutheran Medical Center in Brooklyn, NY.

One in seven women (14%) has postponed an annual ob-gyn check-up because of the economy. Fifteen percent report having cut back or stopped taking some medications because of the cost. "When women are increasingly worried about their financial situation, they are more apt to skip much-needed routine health care and cut back or stop taking their medications. These are disturbing trends amid the tough economy that could have a negative impact on the long-term health of women," added Dr. Hoskins.

The ACOG survey findings are in line with other recent reports on the economy and health care, including a Kaiser Family Foundation survey that found that 15% of Americans were cutting pills in half or skipping doses to make their prescription last longer. Also, according to the Kaiser poll, of both men and women, roughly one in four (27%) reported putting off or postponing health care they needed, and more specifically, 19% delayed going to the doctor for preventive care. In a national Gallup-Healthways Well-Being survey released in March, 21% of Americans reported having trouble paying for health care or medicines within the past year.

"As ob-gyns, we understand the challenges our patients are facing in this difficult economy, but we don't want our patients' health to fall through the cracks," said Dr. Kirkpatrick. "An important message, that unfortunately may be overshadowed by today's economic climate, is that the benefits of preventive health care, including the annual well-woman exam, far outweigh the risks of a late diagnosis or avoidable illness. It's really about protecting and safeguarding our patients' health in the long run."