Medtech Convention to Be Held in China 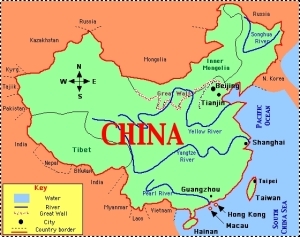 Upcoming China convention,
to be held from October 28-31
Chinese medtech manufacturers are intent on targeting international markets, including the U.S., and the time to connect with Chinese companies and multinationals doing business in China is now, says Reed Exhibitions' director of International Sales, Geoff Sauer.

Manufacturers will exhibit all manner of imaging, surgical, rehabilitation, optical, dental and laser equipment, as well as consumables.

Here are what a few exhibitors at Mr. Sauer's conference are telling him:

Perlot Group
Like many medical-device manufacturers in China, exhibitor Perlot Group was state owned until 2000. Now privately owned, the company focuses on designing and manufacturing imaging equipment. Company President Liu Jinhu did not hesitate to admit that the main appeal of the company's products is low price. The company considers itself a follower, not a leader, says Jinhu.

"In the past, we 'followed' Chinese companies and turned out less-expensive versions of existing products. Now we do the same for global companies such as Siemens, GE Healthcare, and Philips."

He notes that "although the company doesn't yet sell to the U.S. market, it exhibits at U.S. trade shows such as AACC (an annual radiological show), laying the groundwork for eventually penetrating U.S. markets, as well as opening a pipeline to future business with Mexico."

Before 2000, the firm had no international visitors at CMEF. Now, it needs three translators to keep pace, Jinhu says.

Carestream
Carestream Health says it works with the Chinese government to develop digital technology that will help bring health care to the over 900 million people in rural China.

According to the company, which makes interoral film and digital imaging equipment, built-up areas on the coast use mostly film-based imaging equipment. The lack of roads in rural regions makes it difficult to access this equipment.

CEO Kevin Hobert says the Chinese Ministry of Health played a major role in many companies' decision to manufacture in China. The organization recently passed a multibillion-dollar package to build roads, which should boost health care in rural areas, he says.
1(current)
2