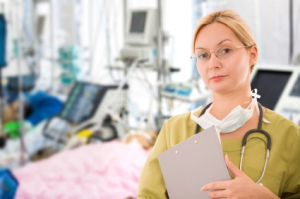 Dr. Chandra told DOTmed News that an ER doctor's gut instincts about a heart patient are usually accurate -- and that's not just a gut feeling--he set up a study to prove his theory.

The data was culled from an earlier trial conducted between 1999 and 2001, "where we were trying to understand heart attacks," Dr. Chandra says. "We enrolled patients from nine different hospitals.

"During this trial, we had to record patients' symptoms, EKG findings, lab tests, and doctors' impressions. Their impressions were made after getting results from EKGs and other diagnostic tests.

"In 2006, there was a patient I was concerned about and my colleagues weren't as concerned as I was. That's how the gut instinct idea came to me," he says. "I went to the statistical folks" and they were able to mine the large study done in 1999-2001. I wanted to have evidence that gives ER physicians permission to trust their gut instincts regardless of what anyone else says, and let them do what's best for the patient," Dr. Chandra says.

He says, "I was surprised by the magnitude of the good instincts. Of the 10,713 patients who had participated in our study, 604 were diagnosed with unstable angina. A total of 133, or 22 percent, had an adverse outcome in the first 30 days, after being admitted to the hospital.

"While only 1 percent had a bad outcome in the first 30 days, that is unsettling, because we see them and express concern about their risk level, yet so many are sent home. We don't know what influenced the ultimate decision by the admitting or ER doctor to send the patients home, and that would be an important variable to study further," Dr. Chandra says.

Dr. Chandra is lead author of a study on the topic published in the August issue of Academic Emergency Medicine.

Dr. Chandra tells DOTmed that a good alternative to being sent home is to send patients to a chest pain observation unit. Observation units are a growing trend where patients can get efficient, cost-effective care.

"For example, I can bring someone in and within 12 to 18 hours, I do several blood tests, EKGs ... then I can do a stress test and have my answer, as to whether this patient is at risk for a heart attack."

This beats going to a family doctor, Dr. Chandra says, since a patient has to set up an appointment, get a referral to a cardiologist and this can take weeks. "We can cut through that and do everything right in the observation unit," he says.

Observation units started out as chest pain units in the 1980s and now include units for morning sickness, skin infections and other specialties.

"We have one at Duke but there are 400 to 500 chest pain units around the country," Dr. Chandra says.